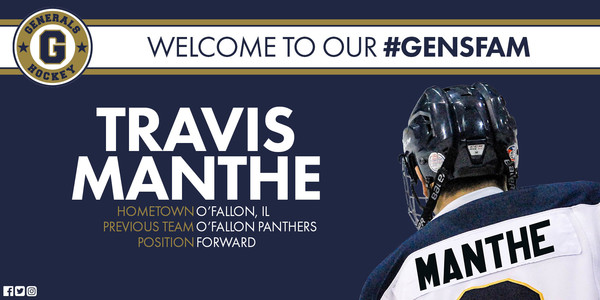 The Eugene Generals are proud to announce the signing of forward Travis Manthe for the upcoming 2018-19 season.

A native of O'Fallon, Missouri, the 5'11'', 145-pound playmaker joins the Generals having most recently played with the O'Fallon Township High School Panthers. An assistant captain for the Panthers and a MVCHA 2A All Star, Manthe tallied 7 goals and 9 assists for 16 points in 24 games this past season under Head Coach Jason Power, a good friend and close hockey confidant to numerous members of the Generals staff.

"It was a pretty surreal moment," said Manthe when looking back on the beginning of his recruitment process. "Coach Kern contacted me a few months ago, and the amount of interest that he showed right out of the gate signaled that this would be the right decision for me."

From the perspective of Head Coach Justin Kern, signing Manthe was a no-brainer. "What really stood out to me was the recommendations that he received from multiple people about being a great kid that is going to work hard and really help the team however he can," said Kern. "I was able to meet up with Travis and his mother while I was in St. Louis last week, and we ended up having a fantastic talk that lasted around two hours. In the end, the fit felt right for both of us."

When deciding on a landing spot for the upcoming season, the challenging and unique format of Eugene's season schedule was the most appealing aspect about becoming a General for Manthe. "Probably my favorite thing about the team was the type of games that the Generals play," said Manthe. "I really liked the idea of playing against AAA teams, college teams and going to showcases to get a whole variety of skills and opponents, and I think that will definitely help me pursue playing collegiately." 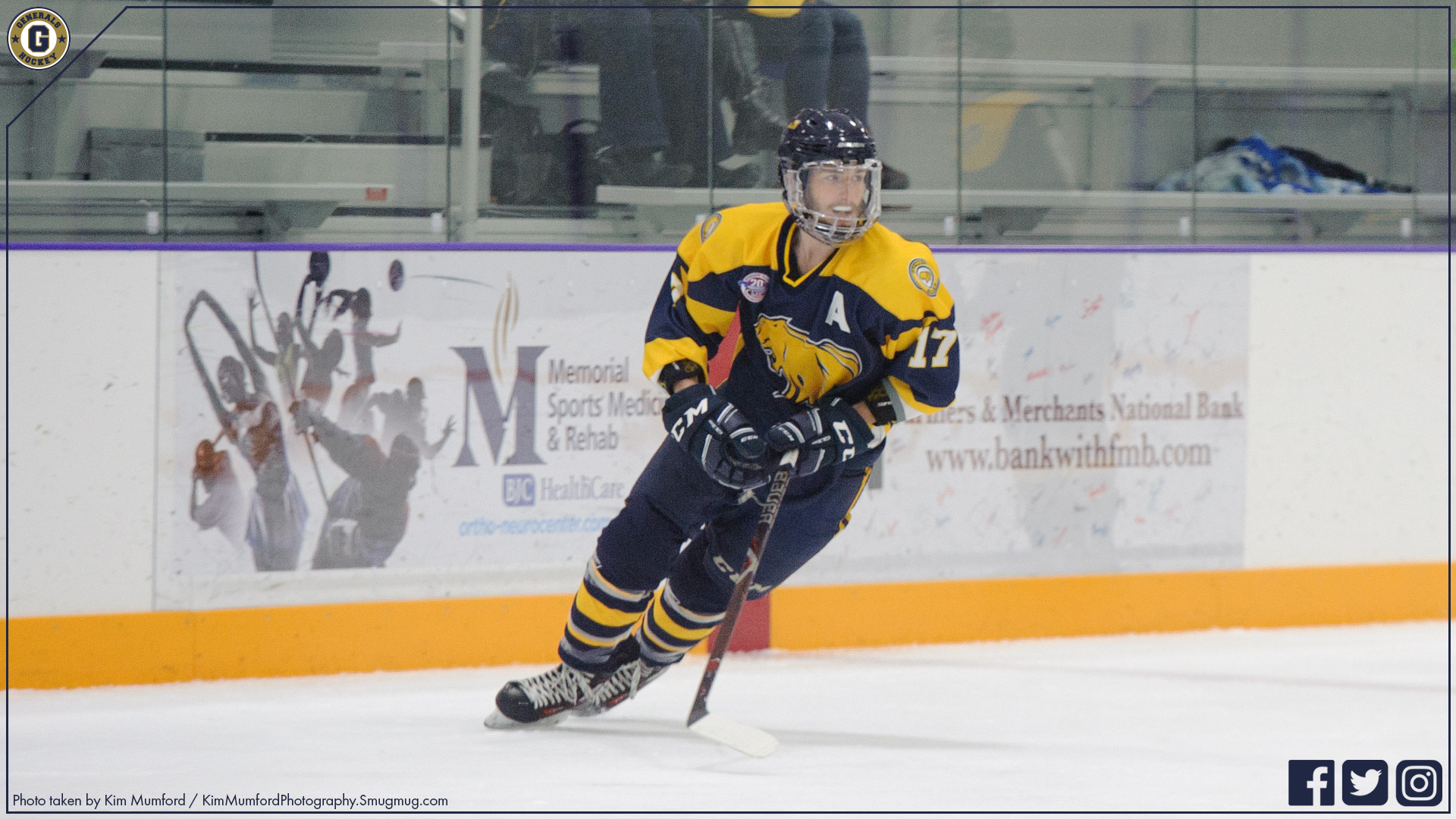 Travis Manthe (pictured above) skates in a game with the O'Fallon Panthers during the 2017-18 season.

Off of the ice, Manthe takes pride in volunteering within the local hockey community and helping younger kids within the area develop their skills.

On the ice, fans in Eugene can expect Manthe to bring a team-first attitude with the goal of making himself and everyone around him a better hockey player. "On the ice, I'm definitely thinking about the whole team atmosphere and making sure everybody is ready for the game," said Manthe. "I like to make smart plays, make good passes, hopefully put the puck in the net and get the team a win."

"I’m definitely excited to start playing against some higher competition. I'm looking forward to getting coaching from some really good coaches on the Generals coaching staff, and really developing my skills as a player and getting out on my own to start living my own life and really mature as a person off of the ice as well."

"Travis is the kind of guy that's going to go for every puck that he can," added Coach Kern. "He will be a good playmaker and possession guy for us, but I think the most important thing he will bring is a really good attitude to the locker room."

Manthe is the team's first announced signing of the 2018-19 season, and the Eugene Generals organization is proud to welcome him into our #GensFam.

More signings are expected following the Eugene Generals Preseason Evaluation Camp which will be held this weekend (April 28-30) at The Rink Exchange in Eugene, Oregon. Limited spots are still available and you can register now at EugeneGenerals.com.