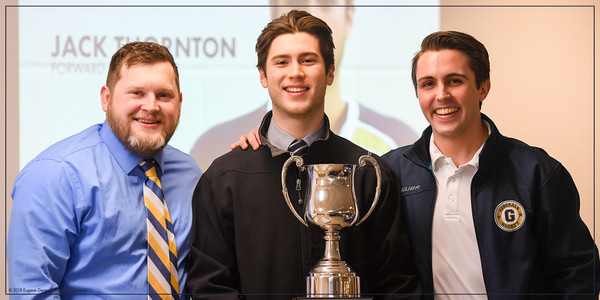 The Eugene Generals celebrated the thirteenth season of Generals hockey at the 2017-18 Eugene Generals Awards Banquet held on Tuesday evening at The Rink Exchange in Eugene, Oregon.

An annual tradition near the conclusion of each hockey season, Eugene Generals players, staff, host families, volunteers and fans gathered at the team's home arena for an evening of food, fun and awards.

Head Coach Justin Kern and Associate General Manager Alex Stimson handed out a total of nine (9) awards on Tuesday evening. You can find the nominees and winners for each individual award listed below:

Host Family of the Year: The Nyberg Family 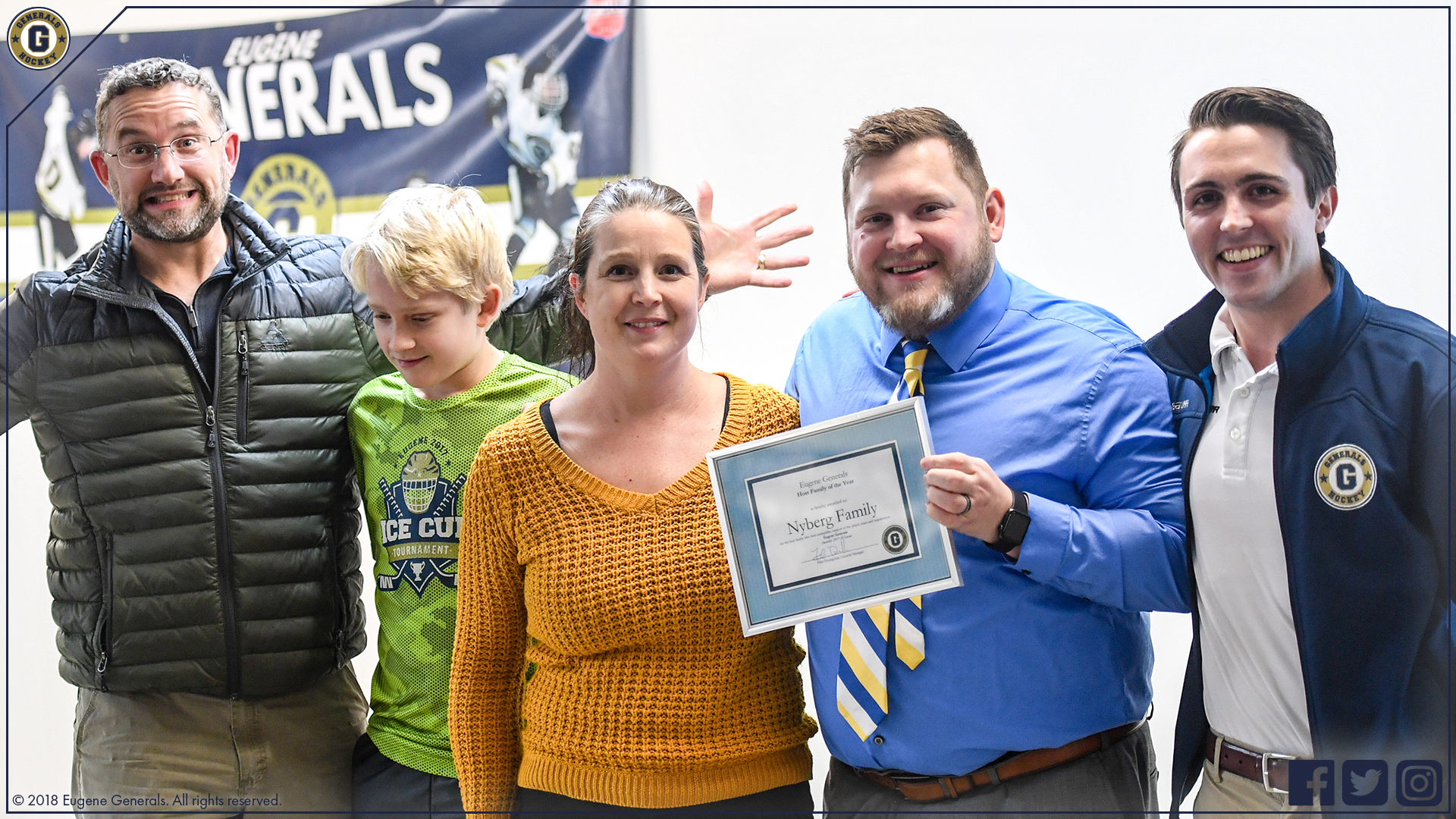 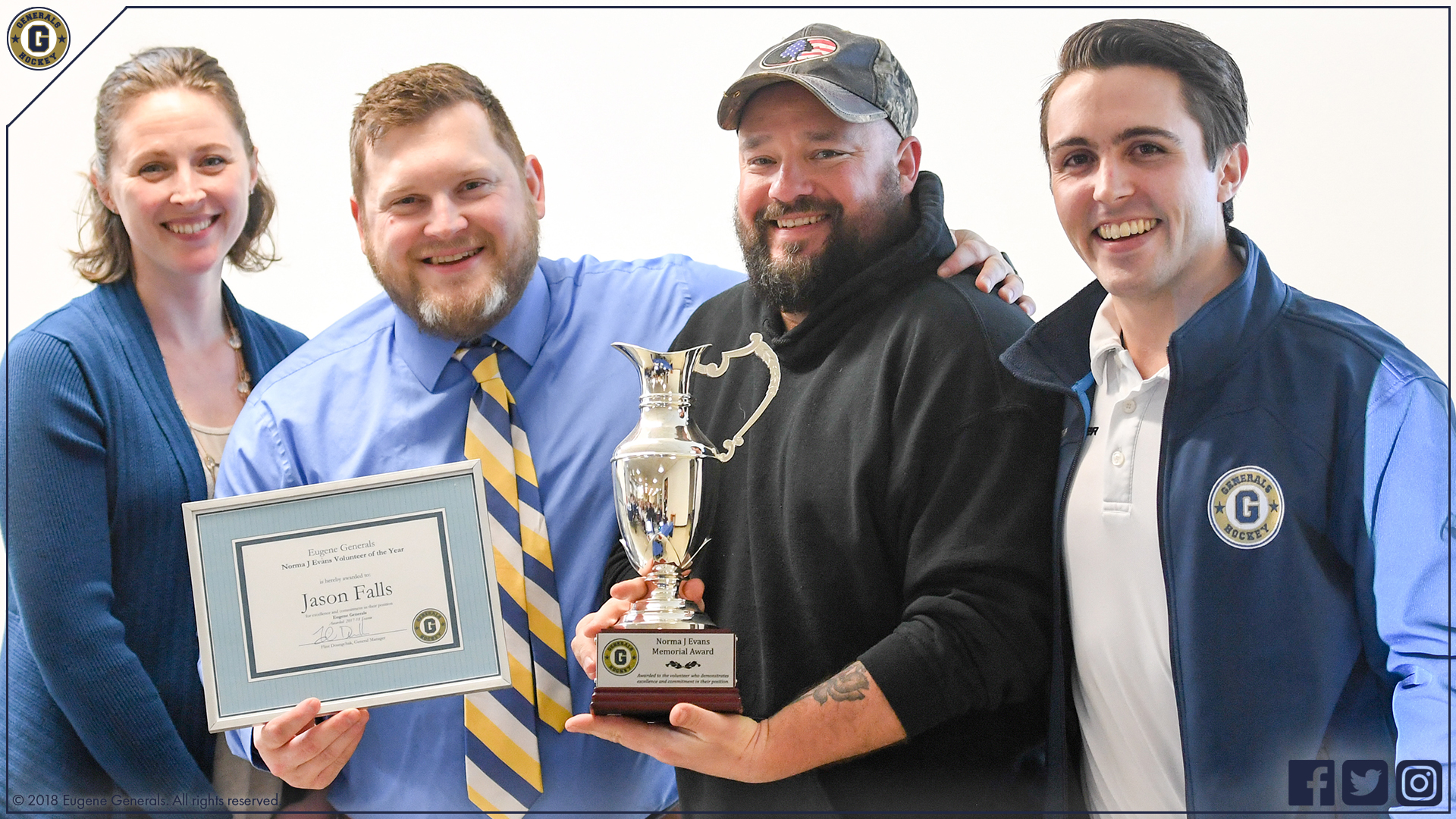 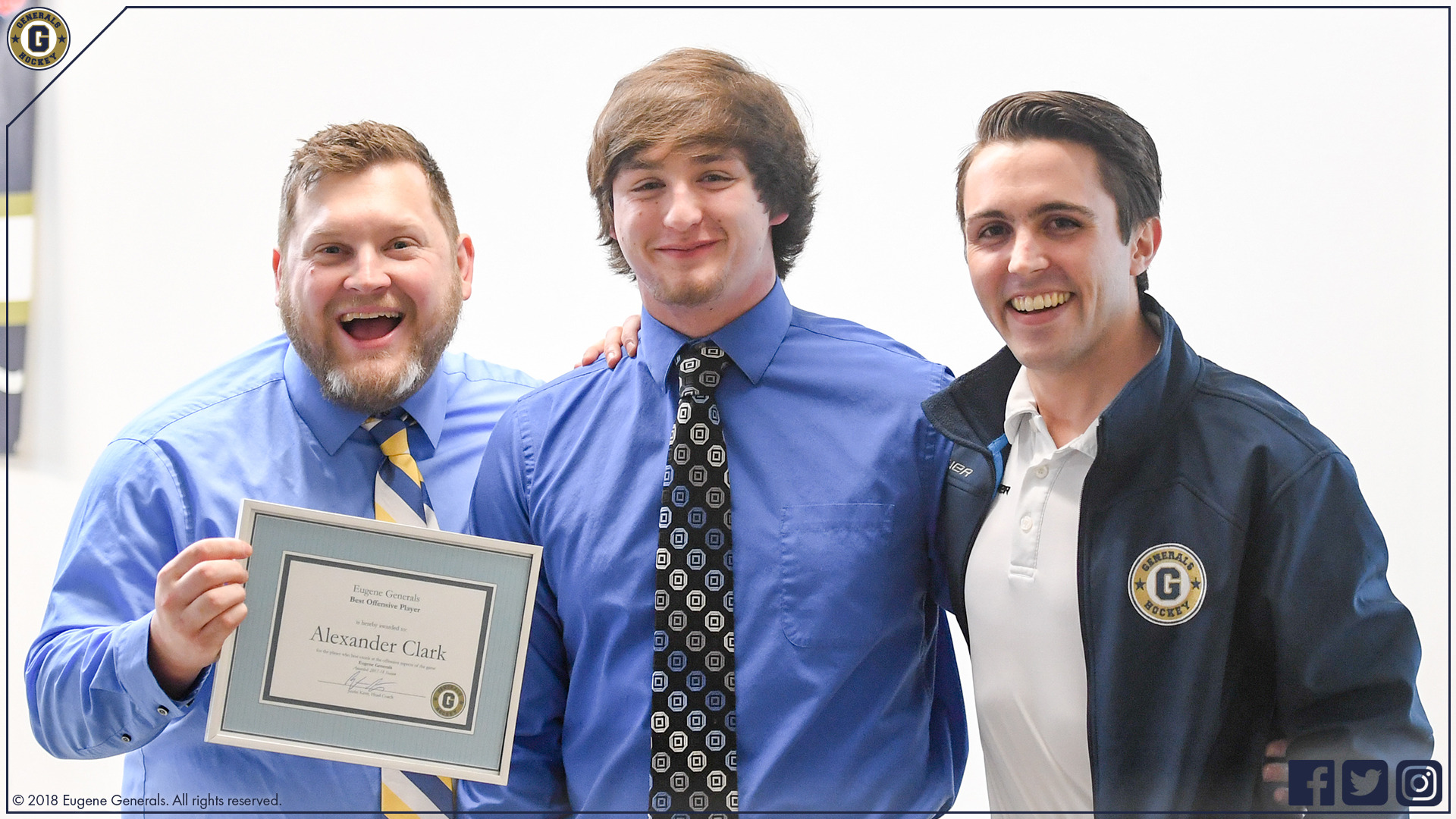 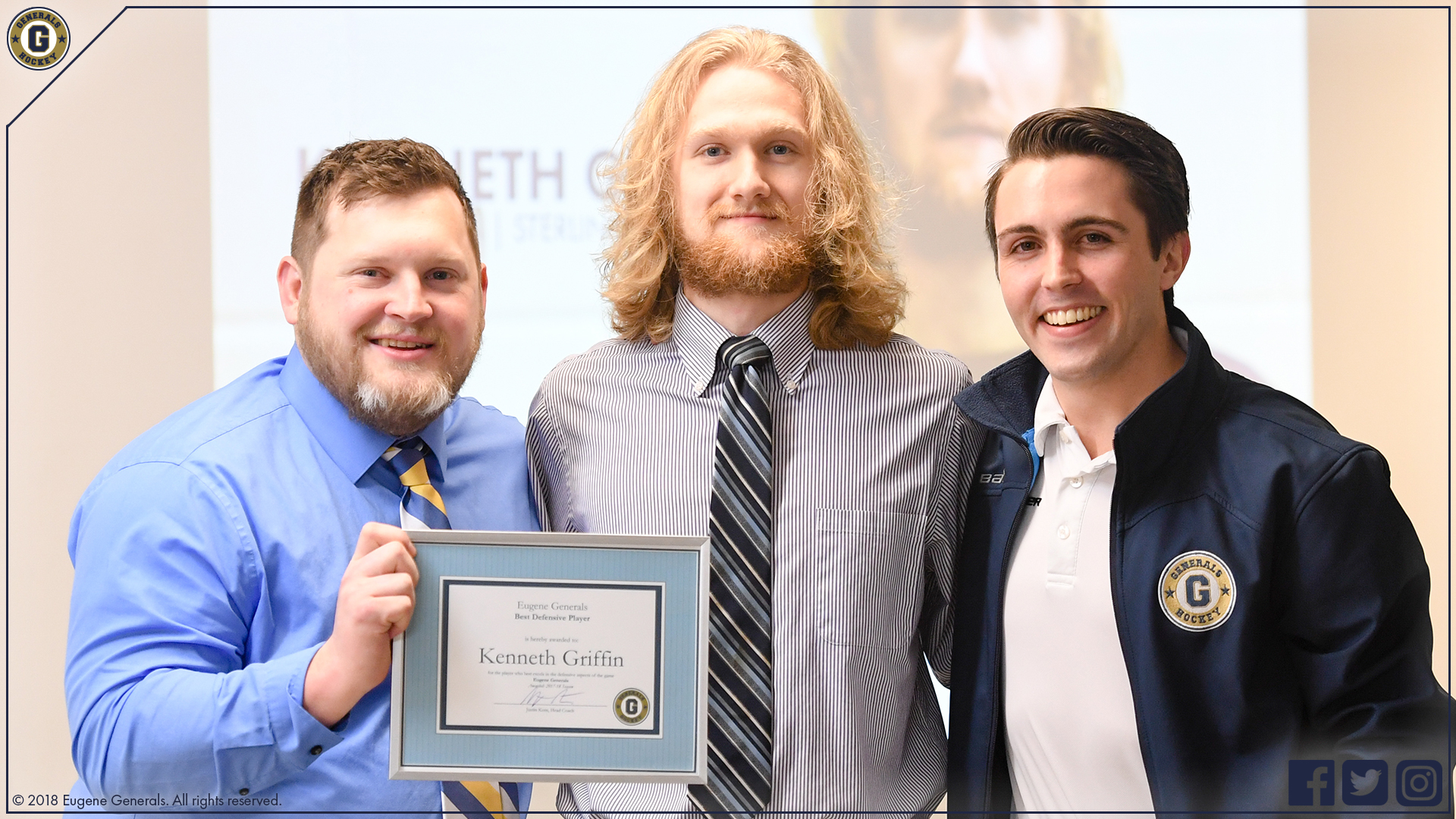 Rookie of the Year: Alex Clark 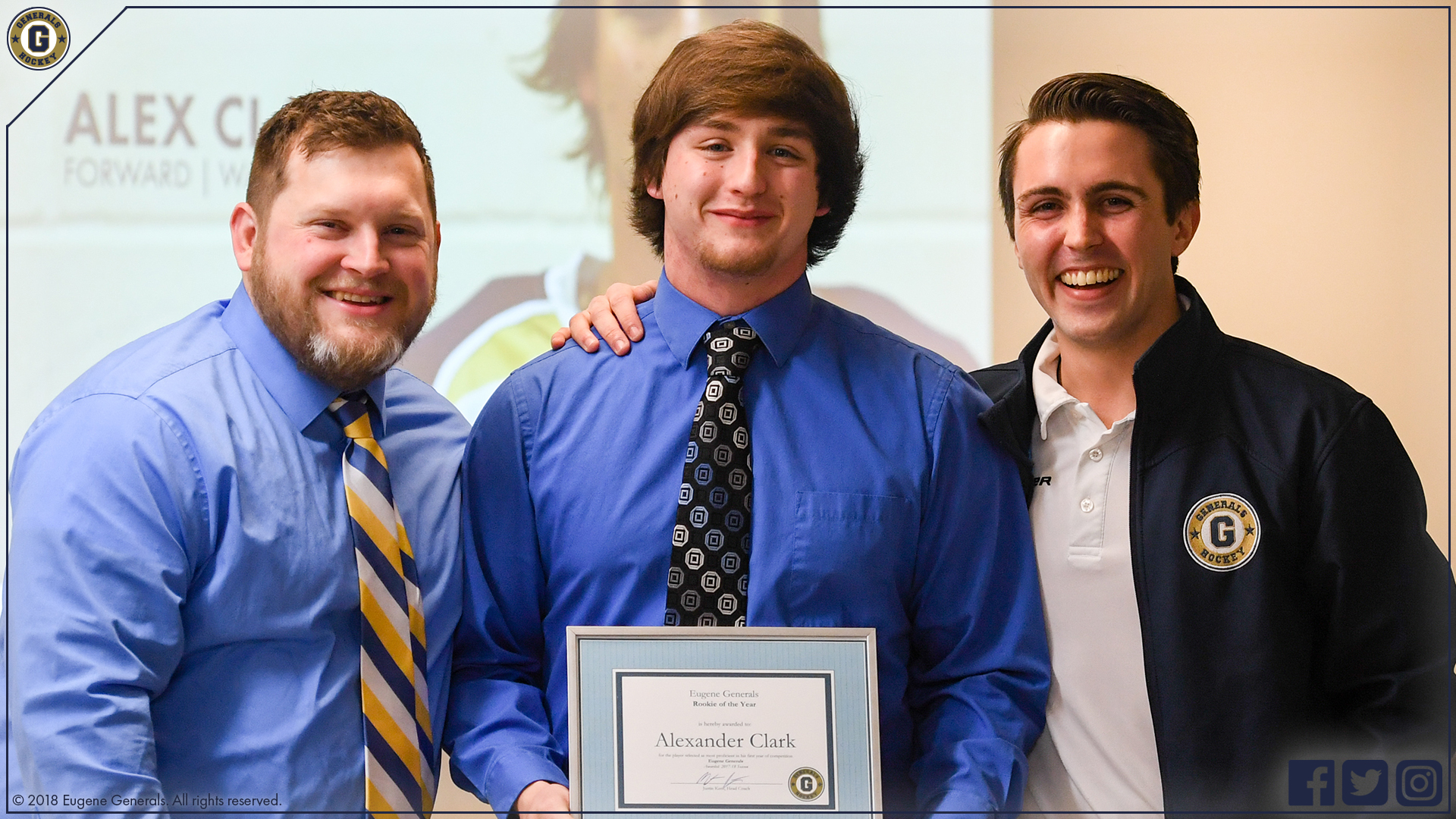 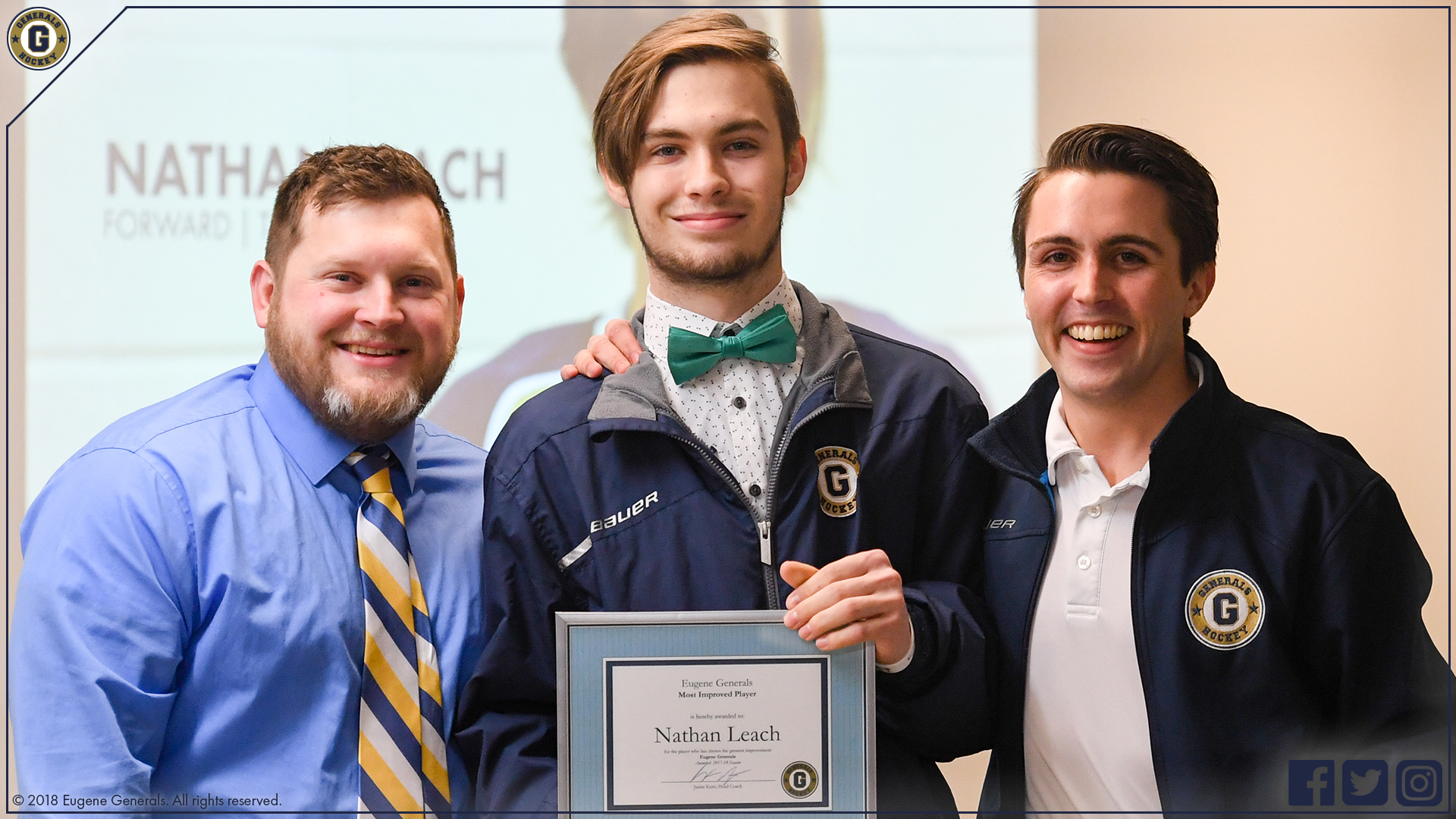 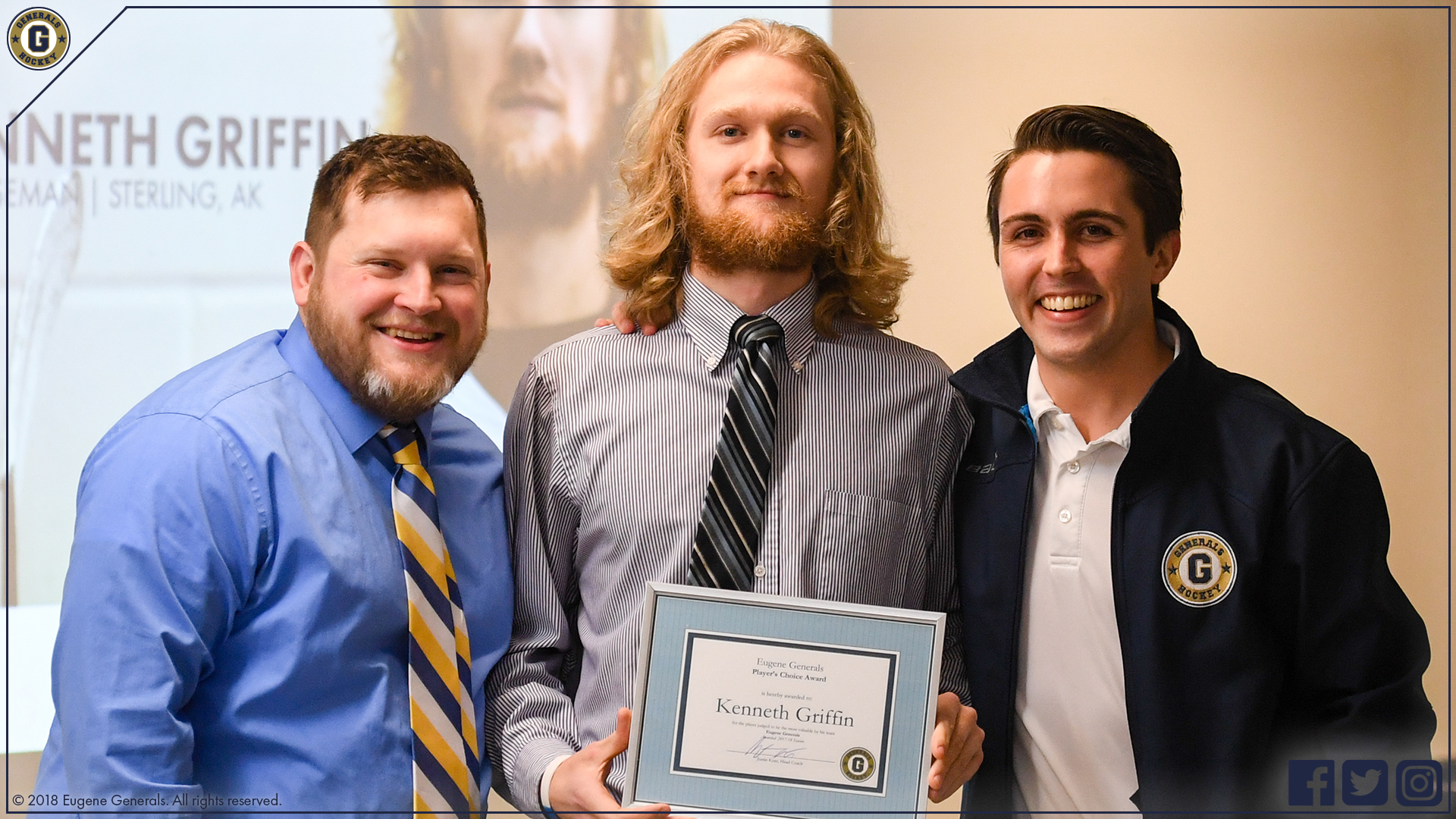 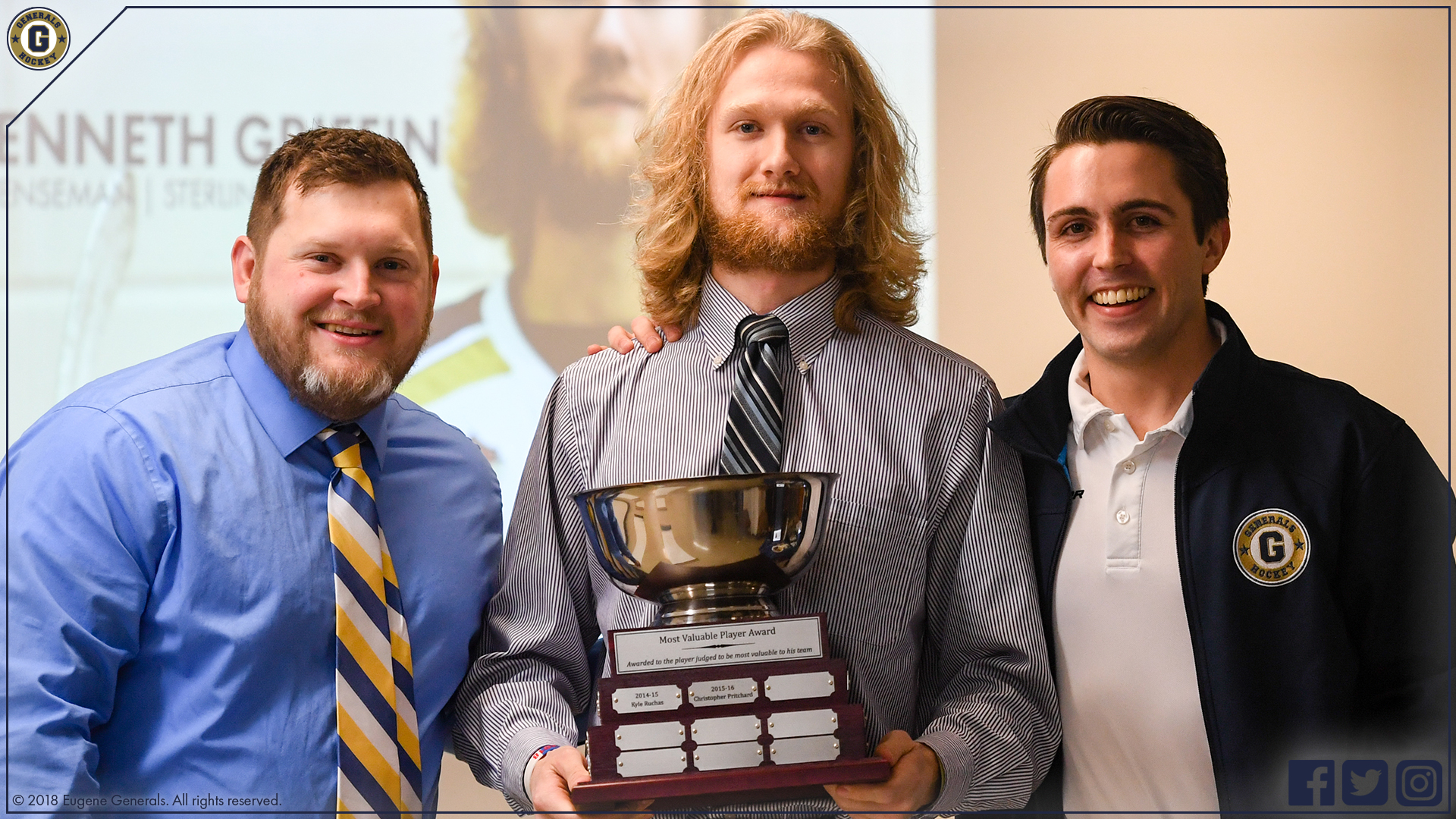 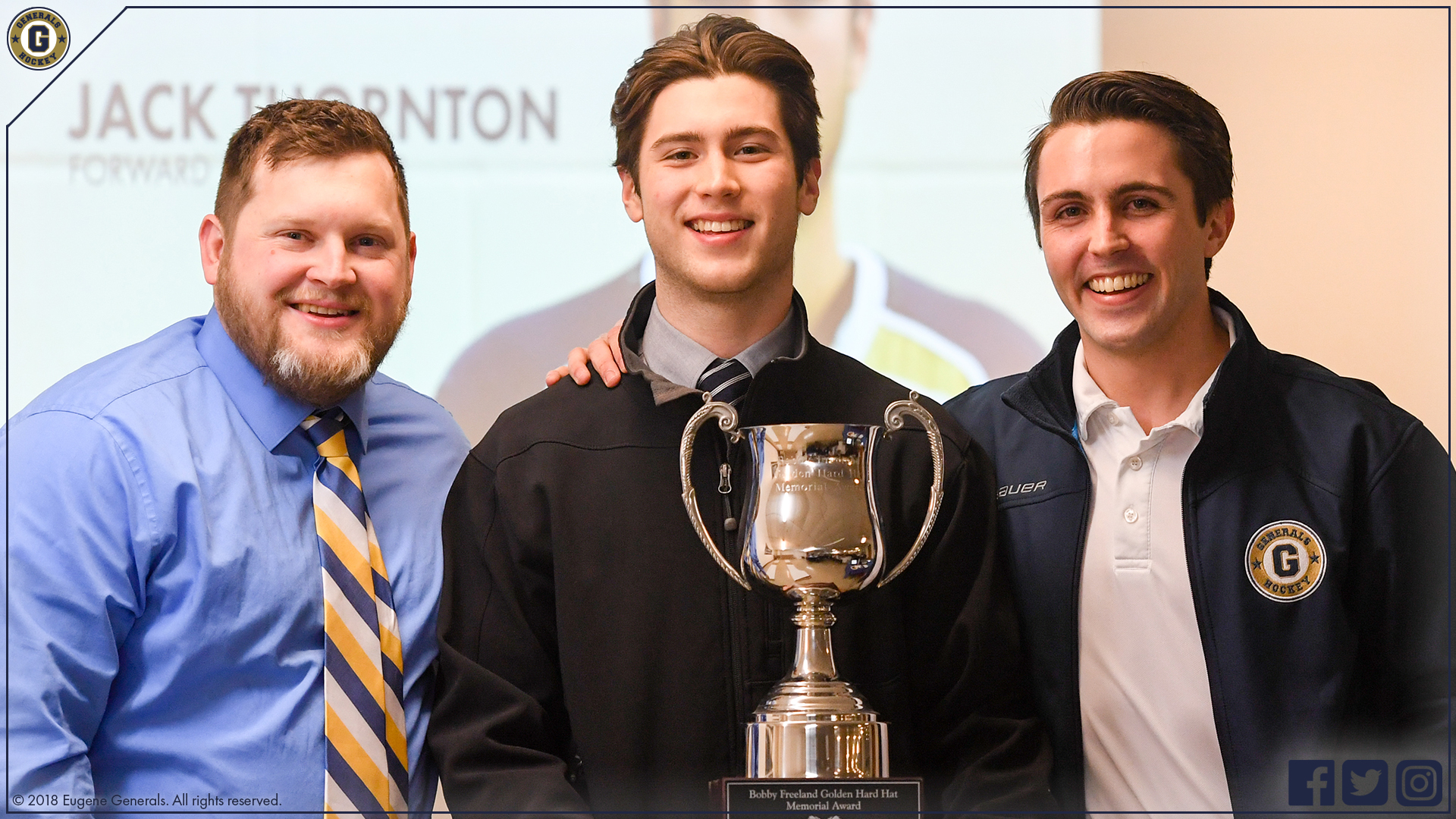 The Eugene Generals congratulates all of the award winners from the 2017-18 Eugene Generals Banquet. The Generals organization would also like to offer its sincere thanks to all of the dedicated volunteers and host families that helped contribute to another memorable season of Generals hockey.

The Generals hit the ice this weekend for a two-game series against the University of Oregon scheduled for Friday, February 16th and Saturday, February 17th. Both games are scheduled to begin at 7:30pm PST at The Rink Exchange, located on the fairgrounds.

Saturday night's game will be hailed as Host Family Appreciation Night where the organization will honor the loving host families that open up their homes to Generals players.

A live, free and HD video broadcast of both games against the Ducks will be available via Facebook Live with coverage starting approximately 15 minutes prior to puck drop.