Weekend Preview: Generals Back in Action 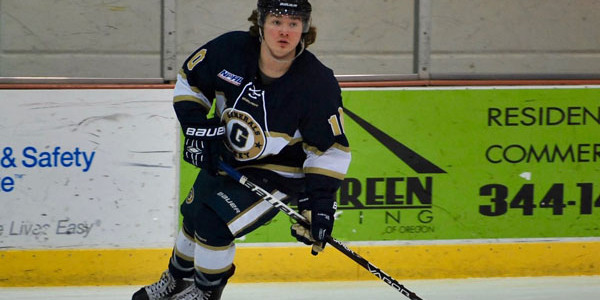 After a long holiday break, the Generals return to game action on Friday and Saturday for the first time in almost a month. With no games last weekend, the Generals have spent the past week and a half practicing in preparation for the final stretch of the season.

The upcoming two-game series is the last in a span of seven straight home games for the Generals. In the first five of the seven home games, the Generals have gone 4-1, including the current four-game winning streak in which they have outscored opponents by a 17-7 margin.

During the aforementioned winning streak, the Generals have seen contributions from several places. Dustin Gomez has six points (three goals, three assists) during the streak, including four in the team’s last game on December 19th, while leading scorer Cody Arbelovsky has recorded five himself. All three goalies—Chris Pritchard, Zealand Walterscheid, and Chris O’Shaughnessy—have combined for not only four wins, but also a save percentage of over 95% in the past four games.

Recently, the Generals added some depth with the additions of Morgan Neal and Kenny Griffin on defense. Neal played in two games with the team earlier this season, coincidentally against the Outlaws, where he was able to score his first junior hockey goal in just his second game. Griffin, meanwhile, will be making his debut with the Generals on Friday after spending the past week practicing with his new team.

With less than two months left in the regular season, the Northern Pacific Hockey League (NPHL) playoffs are quickly approaching. While the Generals are in third place with 28 points, the Outlaws are tied with the Seattle Ravens for the fourth and final playoff spot at 14 points apiece. The Outlaws moved into a tie for fourth place after beating the Ravens twice last weekend with 5-4 and 3-1 victories.

In four games against the Outlaws, the Generals sport a 3-1 head-to-head record this season. The teams last met for a two-game set back on November 20th and 21st on the Outlaws’ home ice in Kennewick, Washington. Goaltending would be the difference, as the Generals allowed just one goal during the series on their way to wins of 2-1 and 6-0. Pritchard stopped 23 of 24 shots in the 2-1 win, while Walterscheid recorded his second shutout of the season by saving all 40 shots against.

The Generals will once again have to stop an Outlaws team with players who can provide a spark on offense. Veteran Aaron Questad is fifth in the NPHL with 36 points, and tied for first in goals with 22. Payton Okon and Colton Symbol each have 22 points apiece, while Adam Shimamoto has 20 so far this season.

Tickets for both games are available online at eugenegenerals.com. For those who cannot make it to either game, EGHN will broadcast both games online live and for free.