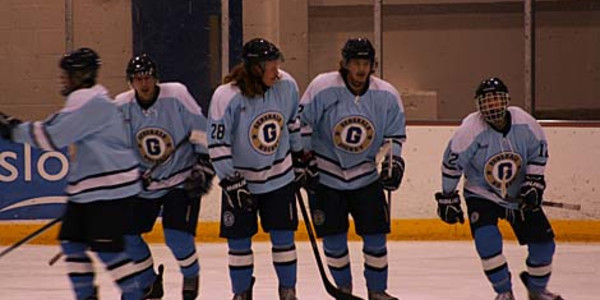 Coming off a seven-game road trip where the team went 3-4, the Generals are now done with their away regular season schedule. The team will play their final six games at the Rink Exchange in a span of eighteen days.

Last weekend, the Generals travelled to Bellingham to play the red-hot Blazers in a pair of away contests. The Blazers increased their winning streak to seventeen games with two wins over the Generals; the Blazers won by scores of 7-2 and 4-1. Justin Stoner, Connor Hoernlein, and Evan Carter all had goals for the Generals in the two games. Generals Goalie Cody Foster had 53 saves in both games against his former team.

The Vipers, who did not have any games over the weekend, last played January 24th and 25th also in Bellingham. Vancouver scored a goal in each game, losing 6-1 and 11-1 to the first-place Blazers. Peyton Frederickson had both the goals for the Vipers.

The Generals and Vipers last met in Vancouver back on January 18th. After allowing the first goal of the game to the Vipers, the Generals responded with four unanswered goals for a final of 4-1. The Generals had 66 shots on goal with scores from Hoernlein, Matt Walton, Hunter Hartman, and Ben Sera. Goalie Daniel Spencer had 29 saves on 30 Vipers’ shots to secure his fourth win in goal.

Tuesday’s game will also provide fans with a unique promotion called 2 for 1 Tuesday. Fans will be able to purchase two tickets for the price of one regularly priced ticket before Tuesday’s showcase.

For those who cannot make it to 2 for 1 Tuesday, fans can watch the game on the Eugene Generals Hockey Network (EGHN) on the team’s website. Coverage will begin around 7:20 with Alex Stimson serving as host.

After Tuesday’s game, the Generals will host the Blazers on Friday and Saturday at the Rink Exchange. Both games begin at 7:35 with EGHN coverage also beginning 15 minutes before the puck drops.