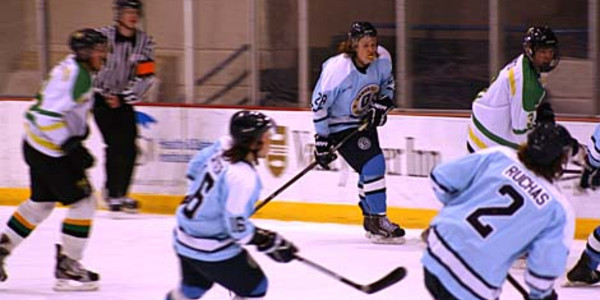 After playing their previous seven games on the road, the Generals began their current home stand on a high note to end their four-game losing streak. The home stand is also the final games of the regular season.

With tonight's win, the Generals now have the same exact record as the Tri-Cities Outlaws in the standings. Due to the head-to-head tiebreaker, the Generals are now currently in third place with five games remaining.

The next two goals would be scored by the Generals on two power plays. Matt Walton had the first goal for the Generals 9:11 into the first period on assists from Connor Bambico and Hunter Hartman. Bambico lit the lamp on the second power play score at 12:11, with assists to Hartman and Dans Berzanskis.

Bambico also connected on the team's next goal, the third of five first period goals at 14:16. Connor Hoernlein and Evan Carter had their first assists of the game on Bambico's goal.

The remaining first period goals were scored by Erik Rosencrans and Walton at 15:49 and 18:41, respectively. Quentin Holmes assisted on the goal by Rosencrans while Hartman and Berzanskis were there on Walton's second score of the night.

In the second period, the Generals scored twice to increase their lead to 7-1. Hartman recorded a breakaway, shorthanded goal at the 4:59 mark on assists from Berzanskis and Holmes for the first second period score. Ben Sera scored next on the third power play goal, coming at 18:27 with assists to Carter and Rosencrans.

The Generals would also control the third period by connecting three times. Hartman, on Trevor Bowden's pass, tallied his second goal of the night at 2:13 while Hoernlein had a shorthanded goal at 5:43 on an assist from Justin Stoner. Evan Carter got in on the action with a power play goal at 16:15 on passes from Hartman and Bambico.

Tuesday's contest marks the final meeting between the Generals and Vipers this season. After tonight, the Generals will play their remaining regular season games against the Outlaws and the Bellingham Blazers.

The Generals will play again at the Rink Exchange Friday and Saturday night at 7:35. Friday's game will be the team's first Blood Drive, sponsored by the Health and Safety Institute. Saturday will be the birthday of the team's mascot, Victor-E, who will be joined by other mascots around the area.