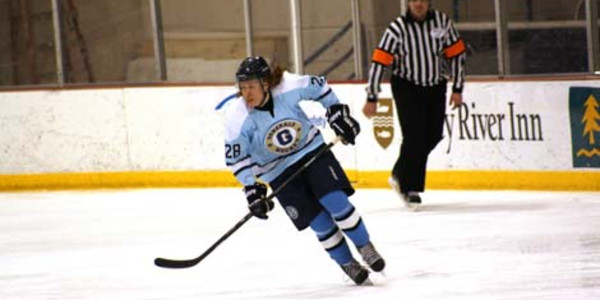 EUGENE, Ore. - Due to the severe and inclement weather, the Eugene Generals and Bellingham Blazers game for Friday, February 7th, 2014 has been cancelled.

Tickets for tonight's game will be honored for any of the Generals remaining regular season games, including tomorrow night’s game at 7:35 PM.

Having left for Eugene early this morning, the Blazers experienced smooth sailing until the team got stuck in Salem, Oregon. Currently, the Blazers’ players and coaches—as well as hundreds of other commuters—have been stuck near Salem on I-5 for over three hours.

The Generals are very sorry for the inconvenience but the safety of the players is always priority number one.

Here is a message from Derek Donald, Commissioner of the NPHL:

From the Office of the Commissioner:

Due to inclimate weather north of Salem, OR and the inability for the Bellingham Blazers to continue their travel south to Eugene in a timely manner, the NPHL is postponing the game tonight and rescheduling the game between the two teams for Thursday, February 13 at 7:35p.

It is our understanding that I-5 is now closed outside of Salem and that further travel to Eugene is not possible this evening.

We apologize to all the fans in Eugene for this inconvenience.

As of tonight, Saturday night’s game at 7:35PM between the Generals and Blazers is still scheduled as planned. The Generals will keep fans updated throughout the day tomorrow regarding the status of the game on Saturday, February 8, 2014.