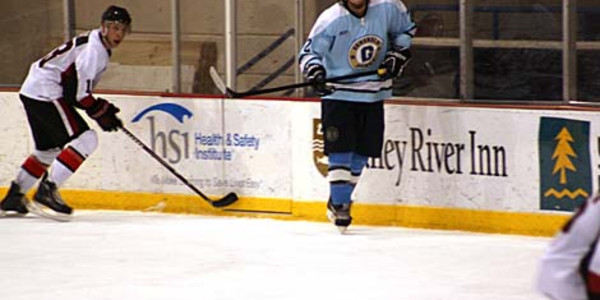 EUGENE, Ore. - The Eugene Generals and Bellingham Blazers will play against each other this upcoming Thursday, February 13th at 7:35 at the Rink Exchange.

Last Friday, the Generals and Blazers were supposed to face each other for a Friday night contest at the Rink Exchange in Eugene. Due to the inclement and severe weather from the snowstorm, the league and both teams decided to postpone the game to ensure the safety of the players.

If you had a ticket for the game on Friday, February 7th, you can use that ticket for Thursday night or any of the other remaining home games on the season. Fans can bring their tickets from Friday night and exchange them at the Generals’ ticket office for free.

Having left Bellingham early Friday morning, the team was making good progress in its travels to Eugene. That is until the team—along with hundreds of other commuters—got stuck near Salem, Oregon for over four hours on I-5 going southbound.

The Blazers players and coaches finally reached Eugene around midnight, completing about a sixteen-hour journey from Bellingham on what is typically a six-hour drive.

Despite snowy and icy road conditions, both teams were able to play each other Saturday night at the Rink Exchange. Bellingham pulled away late to beat the Generals 6-1.

After Thursday night, the Generals and Blazers will face each other in Eugene once more Friday night for the last time this regular season. Friday’s game will begin at 7:35.

Tickets for Thursday night are on sale now at the Generals’ ticket office or at www.eugenegenerals.com. For those who cannot make it to Thursday’s contest, EGHN will broadcast the game with host Alex Stimson providing coverage beginning around 7:20.