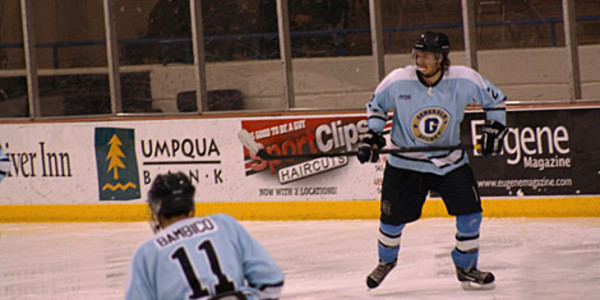 Friday's game was the last meeting between the Generals and Blazers this regular season. Bellingham wraps up their regular season schedule tomorrow night in Vancouver, Washington while the Generals will finish theirs next weekend.

Bellingham connected for one goal during the first period, which came 14:38 into the game. Kristjan Toivola scored on assists from Nick Scherbinin and Micky Turner.

Early in the second period, the Blazers converted on a power play score fifty-seven seconds into the frame. Mason Wade recorded his twenty-sixth goal of the season, coming on assists by Cody Rich and Kacey Walker.

At the 3:52 mark, Bailey Shaver got in on the action with his first score of the night. Rich and Chad Haywood each had assists on the play.

No goals were recorded in the third period, securing the Blazers' nineteenth straight victory. The Blazers had five shots on goal while the Generals recorded four.

Generals Goalie Cody Foster had 32 saves on 35 shots on goal from the Blazers. In the two games this weekend, Foster stopped a total of 61 shots out of a possible 69.

The Generals will finish off the regular season with a pair of games next weekend against the Tri-Cities Outlaws on Friday and Saturday night. Both games will have playoff implications in terms of seeding; both teams are already in the playoffs but will be fighting for third place in the NPHL.