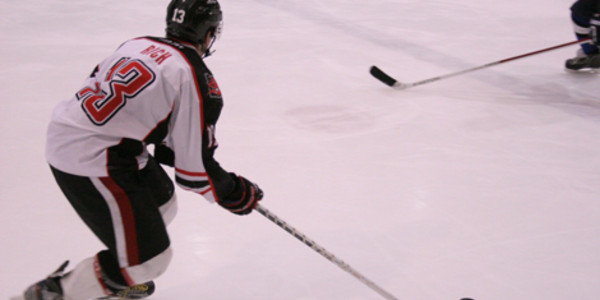 In just their second full season in the league, the Blazers have already won the Cascade Cup twice. The Blazers have defeated the Warriors both times in their championships, with both series going to a deciding game five ultimately won by Bellingham.

Despite the Blazers having home-ice advantage, the Warriors won game one by a score of 4-2 to take an early lead in the championship series. Peter Mingus recorded two goals in the game as the Warriors pulled away with three scores in the second period.

Down 2-1 in game two, the Blazers responded with five unanswered goals to win 6-2 and tie the series at one apiece. Mason Wade had two goals and two assists, with his two goals tying the game and being the go-ahead score. Scott Hansen also scored twice while Cody Rich added a goal and two assists for the Blazers.

Both teams went back and forth in game three on West Sound’s home ice, with the score being tied at two after the first period. Rich’s shorthanded goal with thirty seconds left in the second period would prove to be the game-winner, as Bellingham held on and sealed their victory with an empty netter to win 4-2.

Trying to stay alive to play another game, the Warriors would take an early lead they would not relinquish in game four to keep their playoff hopes alive with a 4-1 win. Four different players scored for West Sound while Forrest Savel kept his team alive with 27 saves on 28 shots.

The decisive game five in Bellingham of the NPHL Cascade Cup Championship will go down as one of the greatest hockey games to ever be played in the league’s history. The Blazers scored the first two goals of the game, followed by the Warriors who took the lead with three unanswered scores. Bellingham answered with three straight goals of their own, giving themselves a 5-3 lead going into the final period of regulation. Jimmy Morgan and Andy Williams each scored in the third period to tie the game at five apiece and force overtime in game five.

With a two-on-one advantage on a breakaway, Micky Turner provided the heroics for Bellingham by taking the shot himself and scoring top-shelf to give the Blazers their second Cascade Cup in as many years. Boris Knyazev had his second assist on the game-winner and also recorded two goals; Scott Hansen added another assist on the score by Turner.

The Blazers will once again move on to participate in the Junior Tier III Nationals Tournament in Connecticut; the tournament will begin April 3rd.