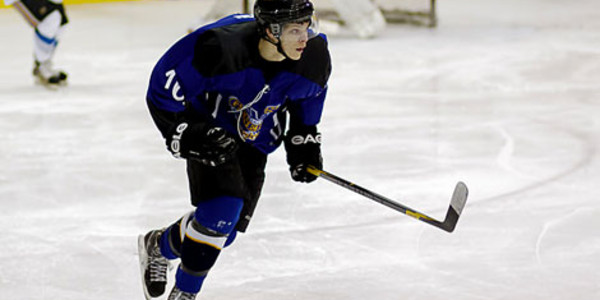 After tonight’s win, the Generals are now 3-1 when playing the Vipers.

Each team exchanged goal scoring blows in the first period.

The Generals wasted no time to put points on the board. Eugene forward Stephen Soloway notched the Generals first goal of the night at 1:00 into the first period.

The Vipers struck 14:43 into the period when Cody Dettman put his team’s first point on the board.

Less than half a minute later, the Generals regained the lead when team captain Cody Andersen lit the lamp 15:08 into the period.

Dettman tied the game with seconds to spare in the first period, by scoring a power play goal at 19:28.

In the third period, Eugene nearly lost the lead, but scored an insurance goal to put the game away with half a minute left in play.

Erik Rosecrans put the puck past Generals goalie Brett Avery’s glove by going high on his glove side. Rosecrans goal was recorded 17:47 into the third period.

Vancouver’s Jake Randol made it a one goal game late in the third period by lighting the lamp 19:26 into the final period of play.

Johnson scored the Generals final goal of the game on an empty net 19:30 into the third period.

The Generals will travel to Vancouver and play the Vipers on the road tomorrow at 7:35. The Eugene Generals Hockey Network will not cover the game, but it may be viewed on FastHockey.com.