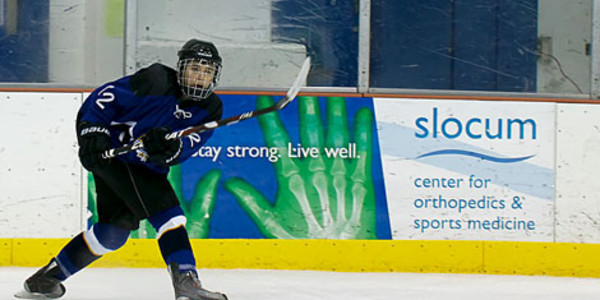 For the second night in a row, the Blazers were the first team and only team to score in the first period of play.

Bellingham’s Bryce Kenning was passed to by Kyler Moore and Dawson Quint, before putting the puck in the back of the net 4:05 into the first period.

In the second period, the Blazers scored two additional goals before the Generals were able to light the lamp. The Blazers received a goal from Tyler Hanson and Patryk Fiedorek, putting Bellingham up 3-0 midway through the second period.

The third period was a goal-scoring tug a war between the two teams.

Generals forward Connor Hoernlein brought Eugene within one goal by lighting the lamp 4:30 into the third period.

Bellingham forward Moore scored two goals, putting his team up 5-2 by 10:03 of the third period.

Generals captain Cody Andersen scored back-to-back goals with minutes to spare. Both Andersen’s goals were recorded as power play goals. His first goal was scored at 18:51, and his second was recorded at 19:50 of the third period.

The Generals split this weekend’s series 1-1, and will return to Eugene to prepare for the first place West Sound Warriors.

The Generals will host the West Sound Warriors Friday and Saturday. Saturday, Nov. 24, will be the Generals Teddy Bear Toss. All fans that bring a stuffed animal to participate in the toss will receive free admission to the game.