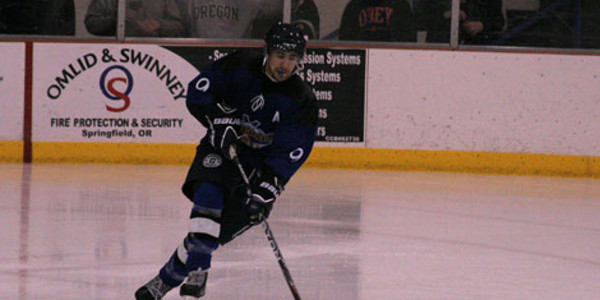 The Generals have not lost to the Vipers since their first game of the season. The Vipers on the other hand, have not won a contest since Nov. 3.

Tonight, the Vipers played the Generals well; committing five penalties and keeping the game within one goal for the first two periods. However, when push came to shove, the Generals proved to be the best team in tonight’s game.

In the first period tonight, Krisjanis Reinfelds scored the Generals only power play goal of the evening at 10:33 of the period. Austin Sullens earned a point for assisting Reinfelds.

The Vipers would tie the game in the second period, before the Generals regained the lead as the period expired.

Vancouver’s Jalen Twigg tied the game at 4:27 of the second period.

Connor Bambico put the Generals back in the lead by lighting the lamp at 17:59 of the second period. Sullens and Zak Johnson were each given an assist for Bambico’s goal.

In the third period, Kenneth Grabeldinger put the game away by scoring two goals for the Generals.

Twigg scored his second goal of the contest at 13:43 of the third period, but it was too late for the Vipers to put enough points on the scoreboard to win.

The Generals will travel back to Eugene to play the Vipers at home tomorrow at 7:35 p.m.