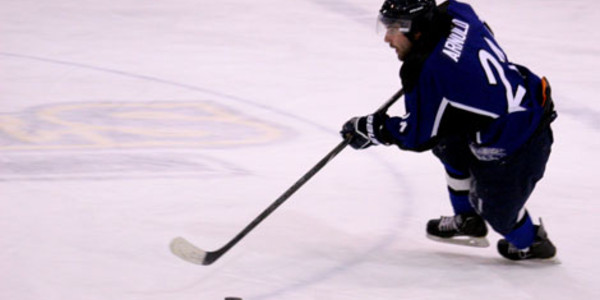 This weekend will be the first time these teams have met in more than a month, and with playoffs weeks away, all bets are off.

The Outlaws are currently in fourth place, have four games left in their season, and are three wins away from catching the third place Bellingham Blazers. For the Outlaws, this weekend will determine who their first round draw in playoffs will be.

The Generals, on the other hand, must win one of their three remaining games to guarantee their position in second place is secured. After delivering the dominant West Sound Warriors their first back-to-back loss this season, the Generals are proving to be the team to beat.

When the season started, the Generals, losing their first three games against Tri-Cities, had difficulty finding a way to succeed when playing the Outlaws. However, since then, Eugene has not lost a game to the Outlaws since early December. In their last meeting, the Generals showcased their offense by dismantling the Outlaws 9-3.

Zak Johnson, Hunter Hartman, Connor Bambico, and Matthew Walton have been imperative to the Generals success when the team skates against the Outlaws. Each player is averaging more than one point a game against Tri-Cities.

The Generals have been playing with a new found confidence since the addition of their seven player trade deadline acquisition. This was apparent in the way they carried themselves against the Warriors last weekend.

In the four games they have played since arriving to Eugene, Christian Merritt, 12 points (eight goals, four assists), and Joshua Arnold, eight points (two goals, six assists), have been instrumental to the Generals recent success. Expect these two players to have their presence be known come game time.

Another new addition, goaltender Christopher Boyd, has been impressing fans and coaches alike. Boyd has started each game in net since his arrival. Although he is not flawless, Boyd is 3-1, has a 4.65 goals-against average and a .896 save percentage; two of his wins were against the Warriors. It is unknown whether or not the Generals will start Boyd this weekend.

In the past seven contests between the two, the Outlaws have seen most of their offensive production come from Brett Myer, Aaron Questad and Mikey Doubrava. Myer is the Outlaws leading scorer this season, and when playing the Generals he has kept this title alive by recording 10 points (six goals, four assists). Questad and Doubrava each have five goals in the seven games, and will be looking to put the puck in the back of the net.

The Outlaws have had trouble keeping the puck out of the net this month, which may be an issue come Friday and Saturday night.

In their last five games, the Outlaws goaltending have produced a 6.60 goals-against average and .822 save percentage. These numbers will need to improve if the Outlaws wish to leave Eugene with any points in the standings.

Saturday night’s game will be Host Family Appreciation Night, where the Generals organization will thank our host families for housing players throughout the year.

For General fans that cannot make it to the game and don’t want to miss a moment of action from this weekend, tune into the Eugene Generals Hockey Network (EGHN). Coverage of EGHN will begin approximately 15 minutes prior to the game’s start. EGHN can be streamed over the internet or on any smart phone.