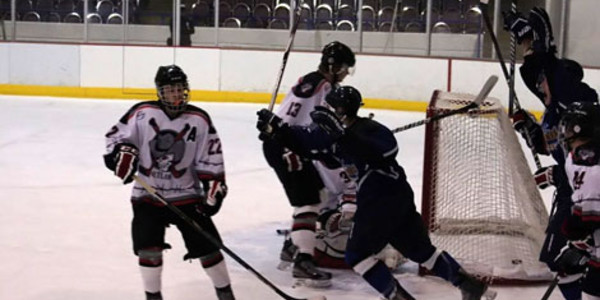 Both Christian Merritt and Josh Arnold had two goals in tonight’s win.

The Generals power play remains the best in the Northern Pacific Hockey League after converting two of three opportunities.

In the first period, the Generals were determined to put points on the board, after failing to do so until the final two minutes of last night’s game.

Merritt scored his first goal at 7:00 of the first period on the power play. Connor Bambico and Hunter Hartman were each awarded a power play assist.

After being passed the puck by Matthew Walton, Stephen Soloway put the Generals up 2-0 when he lit the lamp at 16:12.

Jason Shuck scored Tri-Cities first goal of the night on the power play at 19:39.

In the second period, Shuck recorded his second goal at 7:45. Shuck’s goal tied the game 2-2 for the Outlaws.

Minutes later, Mikey Doubrava gave the Outlaws a one-goal lead by scoring at 11:33 of the second period.

Arnold took advantage of the Generals power plat at 17:25 by putting the puck in the back of the net and tying the game 3-3 for Eugene. Hartman and Merritt were given the power play assists for Arnold’s goal.

The Generals scored three unanswered goals to put the game away in the third period. Eugene received goals from Walton, Merritt and Arnold.

After the game, Assistant Coach Brad Maine stated, “the team played with all their heart and soul. They left nothing on the bench.”

The Generals will host the West Sound Warriors next Friday in the final game of the regular season.