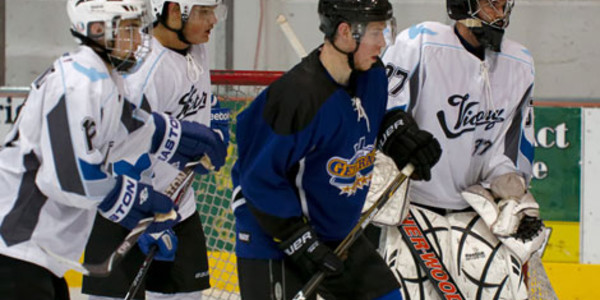 The Generals and Victory have played each other twice this season, and each team has won and lost one game. Both teams have been struggling over their last five; each of their records are 2-3-0.

Kirby Carlson, with five points (three goals, two assists), leads the Generals in scoring when facing the Victory. Randy Ludwig, with four points (three goals, one assist), is the Generals second leading scorer, and Christian Merritt, with three points (one goal, two assists), is the team’s third leading scorer when playing the Victory.

The Generals have started goaltender Brad Robertson in each matchup against the Victory. Robertson has a .886 save percentage and 4.00 goals aloud average while defending the net from Vancouver.

Vancouver has experienced their most success against the Generals from the Bordak brothers.

Avik Bordak, with four points (two goals, two assists), leads the victory with the most points scored against the Generals. His two brothers, Joe and Elijah Bordak, are each team leading scorers when facing the Generals.

Vancouver may look towards Mitch Saviola to man the pipes this weekend. Saviola is 1-1 against the Generals and boasts a .918 save percentage.

Be here at the Lane County Ice Arena on Friday at 7:35 p.m. to cheer on your Generals. Remember, if you can’t make the game, you can join Daniel Bell and Alex Stimson on the Eugene Generals Hockey Network.