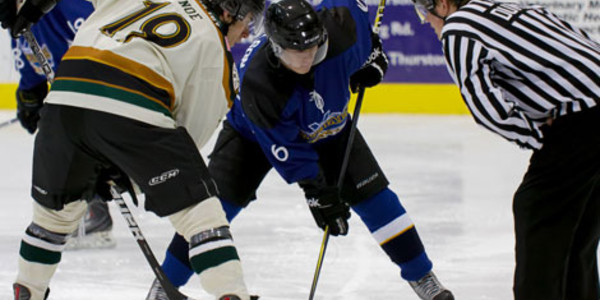 This week’s game will mark the fifth time this season that the two teams will have played each other.

The Generals are riding a two game winning streak, and will look to extend that streak to three games when the Nationals get into town.

This season, the Generals have looked to forwards Randy Ludwig and Kirby Carlson to help lead the way to victory.

Ludwig leads the team in three scoring categories. He leads the team in scoring with 25 points (13 goals, 12 assists), he has eight points (one goal, seven assists) in his last five games, and has scored a team-leading five points (three goals, two assists) against the Nationals.

Carlson is a co-scoring leader with Ludwig in two scoring categories.

With five points (three goals, two assists) in the four games against the Nationals, Carlson co-leads the team in scoring. Carlson is also tied with Ludwig in total points on the season with 25 points (10 goals, 15 assists).

Julian Herrera has had some of the hottest hands on the team.

Herrera has 14 points (11 goals, three assists) on the season, and seven points (six goals, one assist) of his points have come in the last five games.

The Generals will likely look towards Gabe Mier y Teran to protect the pipes.

Mier y Teran has only allowed one goal to be scored on the Generals when playing the Nationals. With an impressive save percentage of 96.00 precent, Mier y Teran has the ability of stopping nearly all shots fired on net.

“I think that Gabe has done a great job this season,” said Assistant Coach Brent Seidel. “I believe that he will turn some heads and surprise people down the road.”

The Generals should attempt to exploit the Nationals penalty kill. The Nationals average 43.76 penalty minutes a game: 17.52 more minutes than the Generals. Glacier’s special teams are successful at killing penalties 76.6 percent of the time, which means there should be plenty of opportunities for the Generals to capitalize on the power play.

The Springfield Utility Board will receive $1 form every ticket when attendees of the night’s game use the promotion code “SUB” when purchasing tickets. Friday night’s game has been deemed SUB night.

Be here at the Lane County Ice Arena Friday at 7:35 p.m. when the puck hits the ice to watch your Eugene Generals play the Glacier Nationals for the fifth time this season. The game will be broadcast by Daniel Bell on EGHN. Coverage on EGHN will begin at 7:15 p.m.