Generals to Play Victory in Playoffs 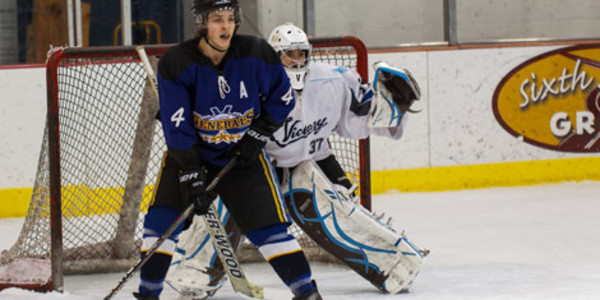 EUGENE, Ore. - The Eugene Generals will be facing the Vancouver Victory in the first round of playoffs.

This year’s playoff berth marks the Generals sixth straight year making it to the post season.

Over the course of the regular season, the Generals went 5-3 while playing the Victory. However, the postseason provides each team a new slate to work from.

The Victory have one player that has more than 10 points in the eight games against the Generals. That player is Joe Bordak, who has 12 points (five goals, seven assists).

The Victory is a team that has been able to put the puck on the net in the past, and should give the Generals a run for their money.

Be here at the Lane County Ice Arena this Friday and Saturday at 7:35 p.m. to watch the Generals take on the Victory in the first round of the playoffs. Tickets are $10 for adults and $6 for students and seniors. If you cannot make it to the game you can always enjoy it on EGHN.