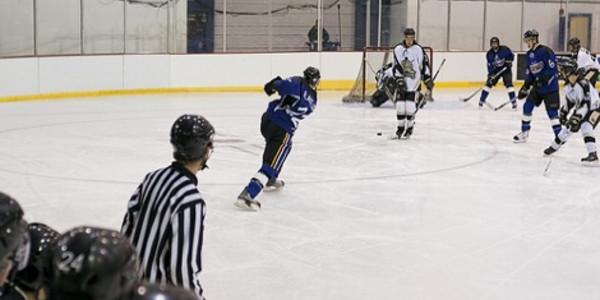 The Jaguars scored the first goal of the game on a powerplay in the first period by Ethan Fox with assists coming from Ging Martin and Joshua Powell. The Generals quickly answered back with a powerplay goal of their own, when Sean Park scored. Eugeneï¿½s Co-Captain Brad Main finished off the first period with a goal assisted by the other Co-Captain Christian Merritt with less than 20 seconds left in the period.

River City's Shane McGuiness scored for the Jaguars early in the third period, the first of the Jaguarsï¿½ four goals in the third period. The Jaguars scored three goals within three minutes midway through the period. River City Jaguars, Ethan Fox scored back-to-back unassisted goals to take the lead 4-3. Sam Petrino then scored their fifth goal off an assist from Shane McGuiness.

Eugene added one more goal from Jordan Blake-Jones but were unable to score again in the final minutes to send the game into overtime, leaving the final score 5-4 with the Jaguars on top.

"In the game of hockey you have to work hard for sixty minutes, and there is no time off until the end of the game. Tonight we received a harsh lesson in what happens when you decide to take shifts off, and not stay focused on your jobs and responsibilities for sixty minutes," head Coach Chuck Kennedy said. "Now, we will see how they respond to this adversity in the next two games against a very tough opponent in Southern Oregon."