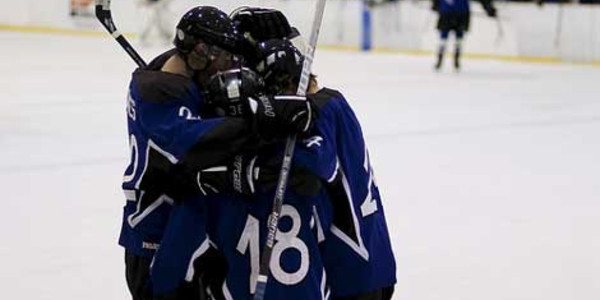 The Generals (8-8) beat the Jaguars (6-10) when they were able to score three goals within the final three minutes of play making the final score 6-3. The Generals changed their goalie in the first and were able to come from behind to get the win.

River City started out strong scoring two goals early in the first period. The first goal was during a powerplay when Shane McGuiness found the back of the net with the assist from Cameron Calloway. The second goal came from Ethan Fox off an assist from MIchael Yeager just over two minutes into the period. Minutes after the second Jaguars goal the Generals made a goalie change from Matt Bartels to Corey Grummick.Brad Main was able to put the Generals on the board with the help of Patrick Moodie to finsish off the first.

The score was tied 3-3 for until 17 minutes into the third when Eugene went on a scoring spree and scored three goals within two minutes. Conor Bambico socred the first off an assist from Kyle Kennedy, then Kirby Carlson found the back of the net a minute later. Christian Merrit added one final unassisted goal for the Generals with a minute remained in regulation leaving the final score 6-3 with the Generals on top.

We came out tonight flat-footed but after two quick goals by River City the boys started moving their feet and moving the puck and the game quickly turned in our favor.

The Generals play at home tomorrow night and take on the Seattle Totems. The puck will be dropped at 7:35 with the pregame starting at 7:15. Th game will be broadcastd on EGHN.