Generals Come Up Short Against the Totems 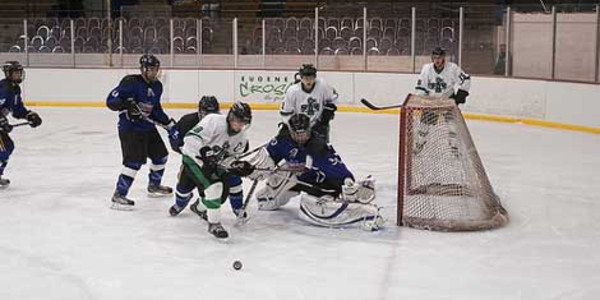 The Eugene Generals (8-11) lost to the Seattle Totems (21-1) for the second night row 2-7. Seattle dominated the first period scoring the three first goals of the game all during powerplays.

Seattleï¿½s Kristian Ophus started out the scoring for the night with assists coming from Branden Vandermoon and Zeke Yslas. Chris Fink added another goal for the Totems midway through the period and a minute later Parker Eliot found the back of the net with the help of Kristian Ophus. The Generalsï¿½ Christian Merritt was able to put the Generals on the scoreboard in the first period with assists coming from Brad Main and Peter Martin.

The second periodï¿½s only goal came from Seattleï¿½s Parker Eliot with the assist from Stormy Knight.

Eugeneï¿½s Randy Ludwig was able to score again for the Generals during a powerplay with assists coming from Kirby Carlson and Sean Park to start off the third period, but Seattle answered back less than a minute later with a goal from Tanner Hawes. The Totemsï¿½ Ricky Doubrava and Kyle Peterson each added another goal for Seattle to finish off the third period.

The Generals play the Puget Sound Tomahawks Saturday night at 5:35. The EGHN pregame will start at 5:15.

For more information on the Eugene Generals of EGHN visit eugenegenerals.com.