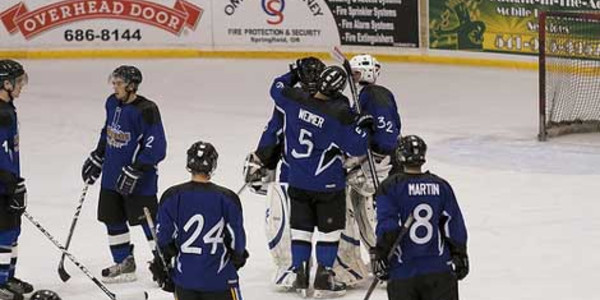 The Eugene Generals (9-10) bounced back from two losses earlier this weekend to the Seattle Totems to beat the Puget Sound Tomahawks (1-19) 5-1. The Generals are undefeated against the Tomahawks this season.

The Tomahawks were able to get on the scoreboard early in the first period when Angus Abels scored with assists from Christofer Videto and Jacob McMullen. However, Eugeneï¿½s Christian Merritt tied the score up soon after with an assist from Peter Martin. Eugeneï¿½s Brad Main put the Generals ahead when he scored during a powerplay with the help of Merritt.

During the second period the Generals added two more goals to give them a three-goal lead making the score 4-1. Jordan Blake-Jones scored the first goal within the first two minutes of the period and Justin Gregory scored the second.

The third periodï¿½s only goal came early from Eugeneï¿½s Patrick Moody with the assist from Brad Main.

"I was pleased with the boys play after a tough couple of games against Seattle," said head coach Chuck Kennedy. "They gave a solid effort all game, and I told them after the game they need to show the same level of trust in their puck movement against all the teams in this league."