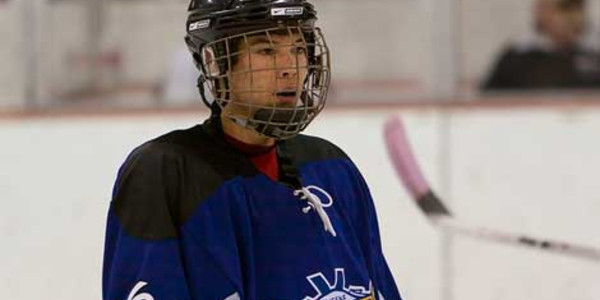 The Eugene Generals (10-12) were defeated by the Southern Oregon Spartans (13-6) 3-2 in what has beecome a tightly played series between the teams this season. The Spartans lead the season series 4-1, but none of the games have been separated by more than two goals. The Spartans (formerally the Rogue Valley Wranglers) have already best their 8 wins last season and will likely make the playoffs for the first time in franchise history setting up what could be a first round series against the Generals in February.

The Spartans scored first early in the first with a shorthanded goal by Mike Feagan who came down and snapped a shot from below the faceoff dot beating Corey Grummick on the short side low glove. The Spartans would add to that lead at 14:04 with a goal by Vance Bridgman as he stood in front of the net and was the receiver of a nice tic tac toe play from Shane Harrington and Dane Irving.

No goals were scored in the second period. In the third, the Generals battled back when Kirby Carlson scored his fourth goal of the season making the score 2-1 only 26 seconds into the period. The Spartans would regain the two goal lead at 6:21 when Vance Bridgman scored from just below the tops of the faceoff circle. The Generals would come within one goal when they pulled Grummick for a two man advantage while on the powerplay and Kyle Kennedy score on a rebound off a shot by Christian Merritt. The Generals would have a final chance to tie the game when Chris Whitten took a penalty at 19:10. The Generals once again pulled Grummick for the two-man advantage, but were unable to capitalize.

"I feel we played a solid game tonight and I'm pleased with the overall performance of the boys. This is a possible preview of the playoffs and it will play out as a pretty exciting series if it ends up that way. We are just focused on getting better at our overall execution and focused on playing good displined hockey. "

The Generals take on Southern Oregon again tomorrow night at the Rrrink in Medford, OR. Game starts at 7:30 PM. The game will be carried live on EGHN via audio only at 7:15 PM.