Generals Continue Their Streak Against The Jaguars 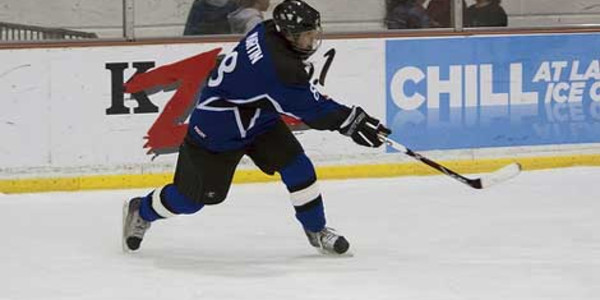 The Eugene Generals Junior hockey team (20-22) beat the Jaguars from River City (12-29) 7-2 to close their weekend with two wins. This is Eugeneï¿½s 7th consecutive win against the River City this season.

The Generals started out strong by scoring the first three goals of the game in the first period. The first came from Justin Gregory during a powerplay. Randy Ludwig earned the second Generals goal with the assist from Justin Gregory. Ludwig then assisted the third Generals goal of the period scored by Peter Martin. The Jaguars were able to score before the end of the period when Erik Mathies found the back of the net with help from Joe Bordak.

The second period was dominated with Generals scoring. Justin Huelsman, Peter Martin, and Kirby Carlson all added a goal to leave the score at the end of the period 6-1.

Jordan Blake-Jones added another goal for the Generals midway through the third period with an assist from Randy Ludwig. River City was able to add one more goal to the scoreboard when Kendal Micone scored during a Jaguar powerplay with the assist coming from Austin Pilkington.

"The boys came out with better energy in tonightï¿½s game and handled a pretty physical game by using our speed to ultimate advantage in getting to the net," Said Head Coach Chuck Kennedy. "We know how we can play when we use our speed and tonight was a prime example of this. We played a pretty shaky defensive first period but then we tightened it up and played a nice game."

The Generals next home game is against Southern Oregon on February 5th. The puck will be dropped at 7:35 pm.