Generals Have A Home and Home Series Against Southern Oregon 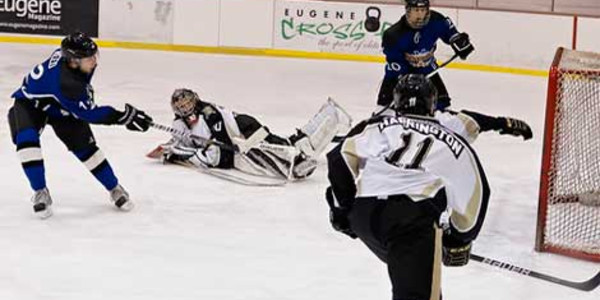 The Eugene Generals (20-22) will face off twice against the Southern Oregon Spartans (29-13) for the first weekend of February. Eugene has only won two out of the ten games the two teams have played this season.

"They have gotten the better of us for the most part this season but we continue to strive to bridge the gap between our teams heading into the playoffs," said Head Coach Chuck Kennedy of the Spartans. "This upcoming weekend is another preview of what I believe will be a hard fought first round playoff series against a very good Southern Oregon Spartans team."

The Spartans have the top scorer in the entire NORPAC conference as well as the assist leader. Vance Bridgman has 39 goals so far this season while Chris Whitten has 53 assists. This weekend Bridgman and Whitten will try to continue a four game Spartan winning streak with two wins against the Generals.

"We continue to be a little short handed as we are missing a few players due to injuries and also Christian Merrit and Justin Gregory were recently called up to the New Mexico Mustangs in the NAHL," says Kennedy. "The Eugene Generals are a true development organization with the mission of moving kids to higher levels of hockey so we accept these changes proudly and my expectation is the other members of our team will step up to the challenge."

On Friday the 4th the puck will be dropped at 7:30 pm at Southern Oregon. Saturdayï¿½s home match up will be played at the Lane Events Center-Ice with the puck drop at 7:35 pm. The EGHN pregame coverage will begin at 7:15.