Playoffs Are Here For The Eugene Generals 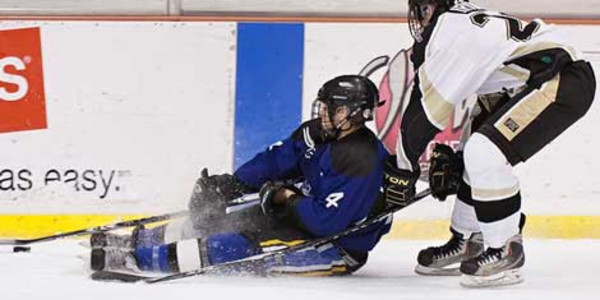 The Eugene Generals (25-26) are set to begin their first playoff series against the Southern Oregon Spartans (37-14) on Tuesday, March 1st. Tuesday's match up will be the first game of the best of five games series where the winner will move on to compete against the winner of the series between Seattle and River City.

The Eugene Generals are going into playoffs ranked 3rd in NORPACï¿½s Pacific Division with 46 points; the Spartans are ranked second with 70 points. Southern Oregon boasts three of NORPACï¿½s top ten scorers in Chris Whitten, Vance Bridgman, and Mike Feagan. To move past the Spartans in playoffs the Generals will have to beat Southern Oregon for the first time since the teams met on New Years Day.

"This upcoming series against Southern Oregon is going to be a very tough series," said Head Coach Chuck Kennedy. "For us to compete we have to play sixty minutes of basically flawless hockey against one of the best teams in the league on paper."

Kennedy added, "Fortunately the game isn't played on paper and everyone enters these playoffs 0-0 and to go to nationals every team needs to win six games. This is our goal. We are looking forward to the playoffs and see how we match up."

The Generals will play the first game of the series at Southern Oregon Tuesday night and then play the second game at home at the Lane Events Center-Ice on Wednesday night at 7:35. The teams will get Thursday night off and then the Generals will travel back down to Southern Oregon for the third game of the series. Game four will be on Saturday in Eugene at 7:35 if necessary. Game five will be in Medford on Sunday at 3:00 PM if necessary.