Generals At Home for Three This Weekend 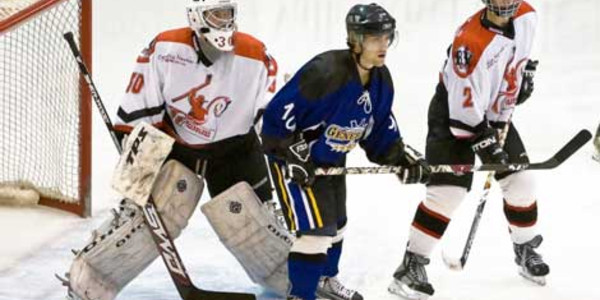 The Eugene Generals (8-3) will host the Coeur d’Alene Lakers (3-7) this Thursday at 8:05 PM and the Rogue Valley Wranglers (1-9) this Friday and Saturday at 7:35 PM at Lane Events Center-Ice. The games will wrap up the most strenuous nine day schedule (six games) the Generals have ever had.

“This has been a long week for everybody, but I think we’ve rested the boys well, and we should be ready to go for all three games this weekend,” Generals Head Coach Jay Miller stated. “We have to stay focused on the task at hand. We got off to a slow start against Rogue Valley on Monday, and I don’t want that to happen this weekend. If we play our game and stick to our systems I am very confident that the outcome will be in our favor.”

The game this Thursday against the Coeur d’Alene Lakers and the games this Friday and Saturday against the Rogue Valley Wranglers will be broadcast on GiTV. For more information on upcoming games or GiTV please visit eugenegenerals.com.