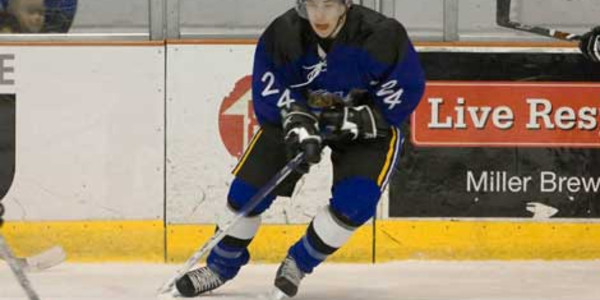 tonight at Lane Events Center-Ice. For the second game in as many attempts the Wranglers were able to score the first game in the contest, but the Generals came storming back en route to a six goal margin of victory.

“I expected out more out our boys tonight,” Generals Head Coach Jay Miller stated after the game. “I can’t be mad at a 9-3 win, but we need to start capitalizing on our chances. Defensively we played well, and I think we helped out our young goaltender a lot.”

McDonald led the Generals with his six point night, but four other Generals had multiple point nights, and five Generals had at least one point. Sean O’Connor scored two goals and added two assists, Eric Watters had three assists, Johnathan Isbell scored two goals and Tyler Poulsen had two assists. Blake Bishop had a goal in the contest, and Kyle Mills, Tyler Morgan, Michael Frei and Trevor McCarty each had assists.

The Generals outshot the Wranglers 65-14 tonight, and Cody Levitan earned his first Junior win stopping 11 of the 14 Wranglers shots.

Tomorrow night’s game against the Wranglers at 7:35 PM at Lane Events Center-Ice is McDonald’s Night. The first fans in the building will receive free espressos from McDonald’s. The game tomorrow will be broadcast on GiTV. For more information on upcoming games, special event nights or GiTV please visit eugenegenerals.com.