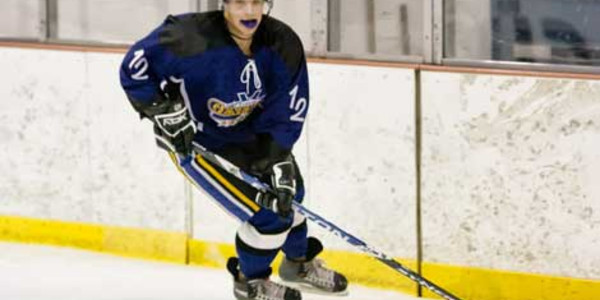 Eugene, OR - The Eugene Generals (20-5) were able to rebound from their first back-to-back losses of the season with a 6-0 victory over the River City Jaguars (11-12) tonight at Lane Events Center-Ice for Bi-Mart 2-for-1 Night.

The Generals currently sit in second place in the NORPAC Pacific Division, and trail the first place Seattle Totems, who the Generals will face next weekend, by four points.

“Well, it’s good to come away with the win tonight after the two losses in Tri-City,” Generals Head Coach Jay Miller stated after the game. “I think defensively we played well which gave us a lot of opportunities offensively. I want to build on this win, and its back to work on Wednesday.”

Four Generals had multiple point nights, and seven other Generals had a point on the night. Michael Schlagel led the way with two goals, Johnathan Isbell had a goal and an assist and Carl Lehtola and Joe Myers each had two assists.

Blake Bishop, Eric Watters and Ryan McDonald each had a goal, and Tyler Poulsen, Sean O’Connor, John Strahle and Neil Holder all had an assist.

Kevin Aslett turned away all 25 Jaguars shots to earn his second shutout of the season. The win tonight gives the Generals a 3-0 lead in the eight game season series with the Jaguars.

The Generals will travel to Mountlake Terrace, WA next weekend to face the Seattle Totems on Friday and Saturday at 8:10 PM. The game will be broadcast on GiTV. For more information on upcoming games or GiTV please visit eugenegenerals.com.