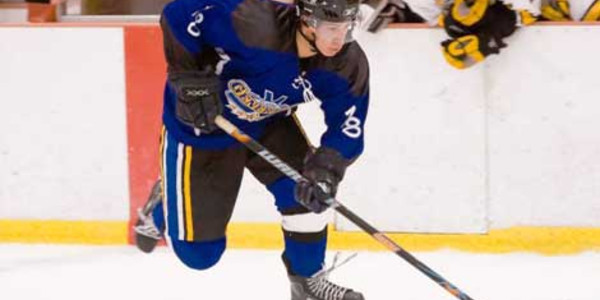 The Eugene Generals (19-5) were swept by the Tri-City Titans (9-15) in a two game weekend series this weekend. The losses marked the first back-to-back losses the Generals have suffered all season, and broke the Generals franchise record 12 game winning streak and 7 game road winning streak.

The Generals lost the first game of the weekend 4-5, and then were defeated on Saturday 6-5 in OT. The OT loss marked the first OT loss in four games for the Generals, and the Generals allowed a season worst five unanswered goals in the loss.

“The Titans outplayed us twice, and were able to beat us on consecutive nights,” Generals Head Coach Jay Miller stated. “We didn’t play our best hockey this weekend. We didn’t even play good hockey for the majority of the weekend, but I don’t want to take away anything from Tri-City. They fought hard, and deserved the wins.”

The Generals will have a chance to win one game on the weekend, however, as the River City Jaguars (11-11) will travel to Eugene for Bi-Mart 2-for-1 Night tonight at 5:50 PM. The game will be broadcast on GiTV. For more information on upcoming games, special event nights or GiTV please visit eugenegenerals.com.