Final Two in Seattle for Generals 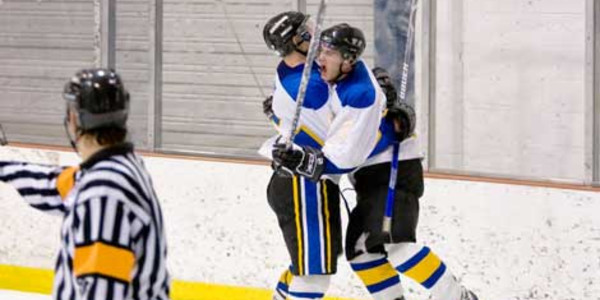 The Eugene Generals (20-5) will make their final trip to Mountlake Terrace, WA of the 2008/09 NORPAC Regular Season to face the Seattle Totems (22-3) for two games this weekend. The Generals and Totems have met three times this season (twice in Mountlake Terrace), and the Generals currently have a 2-1 lead in the eight game season series. No game has been decided by more than one goal, and two of the three games have needed extra time to find a winner.

“Seattle is a great opponent and a great rival,” Generals Head Coach Jay Miller said of the Totems. “We have tremendous respect for that team, and we know we have to play our best hockey to beat them. These games are always the most intense, and the most fun for the fans.”

The Totems and the Generals are first and second in the NORPAC Pacific Division, and at the halfway point of the season it appears the two teams will finish at the top of the division at season’s end. The Generals currently trail the Totems by four points, but have an 18 point lead over the two teams who are tied for third place (Puget Sound Tomahawks and River City Jaguars). However, the Tomahawks and Jaguars do have two games in hand over the Generals and Totems.

The three players who have put up the majority of the points for the Generals thus far into the season series are Kyle Mills, Michael Frei and Michael Schlagel. Mills leads the team with six points (all six points are goals), and in their last match-up Mills put up a hat trick to beat the Totems 3-2 in 2OT. Michael Schlagel and Michael Frei have each recorded two goals and three assists a piece.

On the other side, Spencer Galvin, Tanner Schulze and Jake Rademacher have been the go-to players for the Totems. Galvin leads the team with six goals and an assist against the Generals, Schulze follows with six assists and Rademacher has put up two goals and two assists.

Kevin Aslett has also put up big numbers in net for the Generals against the Totems. Aslett has both wins against the team from Mountlake Terrace, and has accumulated a 2.82 GAA and a .944 SV%.

The games this Friday and Saturday at 8:10 PM at Olympic View Ice Arena will be broadcast on GiTV. For more information on upcoming games or GiTV please visit eugenegenerals.com.