Generals Return from Break with Win over Lakers 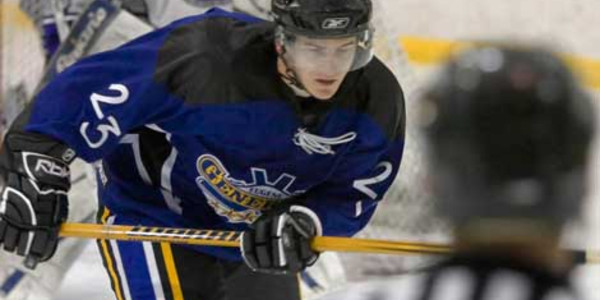 The Eugene Generals (24-6) returned from the holiday break with a 5-4 win over the Coeur d’Alene Lakers (9-20). The Generals now sit four points out of first place in the NOR PAC Pacific Division, and hold an 18 point lead over the third place River City Jaguars (15-12). The Generals were able to outshoot the Lakers 42-26, but 18 power play opportunities for the Lakers were able to get them back into the game.

“I’m impressed with the way the kids played coming off of the break,” Generals Head Coach Jay Miller stated. “The Lakers were able to capitalize on every one of our mistakes and we handed them a few. I think the boys got their rust off, and I look forward to seeing what happens tomorrow. Hopefully we can stay out of the box.”

Desi Ritari would get the only goals in the third period, one shorthanded and one on the power play, but the Generals would hold off the charge by the Lakers to earn their 12th of 13 home games this season.

The Generals will host the Lakers tomorrow night for Oakway Fitness Night tomorrow at Lane Events Center-Ice at 7:35 PM. The game will be broadcast on GiTV. For more information on upcoming games, special event nights or GiTV please visit eugenegenerals.com.