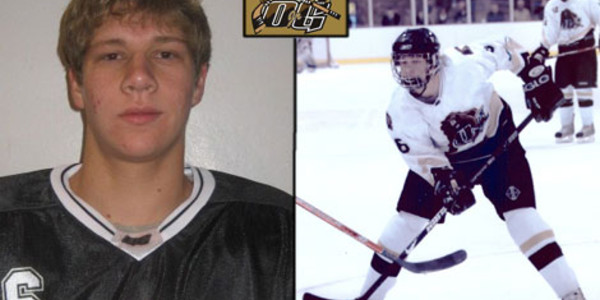 The Eugene Generals announced earlier today that they have tendered Mat Topolewski from Oakland, MI . Topolewski is currently playing for the Oakland Jr. Grizzlies U18 AAA team, and has amassed 15 goals and 29 assists in 34 games. The 5-11, 175 lb, 18 year old forward is looking forward to coming to the Generals next season.

“I know that the Generals are a really good program,” Topolewski said. “The Generals have only lost nine games this season, and that really caught my eye. I also think it will be fun playing in Oregon.”

Topolewski believes that he is a hard working playmaker who can help the Generals win games.

“I’m a really hard worker, I don’t usually lose battles in the corners, I try to look for the open guy and I like to go to the net hard. In the end I try to make the best decision possible. I think I can bring a lot of hard work to the team. I feel that I have the ability to create plays and chances to score goals, and ultimately give the team a chance to win. Anytime you can make plays the team can score goals, and that’ll help the team win games.”

Topolewski plans on skating with a few teams this summer to stay in shape, and is going to try out for the Blind River Beavers of the Northern Ontario Junior Hockey League (Canadian Junior A).

“We’ve been in contact with Mat since last recruiting season,” Generals Head Coach Jay Miller stated. “He comes highly recommended from a few people that we highly respect. We hope he can bring a physical presence to our forwards, and put some points on the board.”