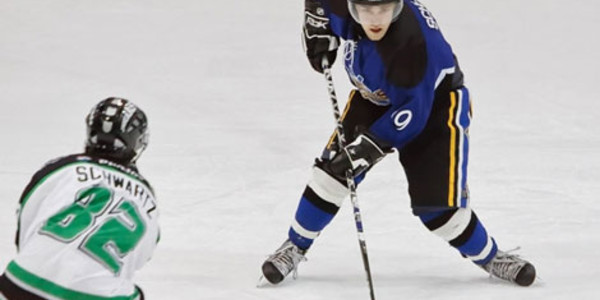 The Eugene Generals (38-10) will play the River City Jaguars (26-22) in the best-of-five 2009 NORPAC Pacific Division Semi-final series. The Generals will travel to Beaverton, OR for the first two games of the series on Tuesday and Wednesday, and will host the Jaguars on Friday, as well as on Saturday and Sunday if the games are necessary, at Lane Events Center-Ice.

“The Jaguars are a very tough, physical opponent,” Generals Head Coach Jay Miller stated. “We will have to give 100% on the ice, and play with complete focus if we want to make it to the next round. River City is a great team, and we’re going to take this one game at a time. We’ve been building towards this the entire season, and I have complete confidence in my team.”

The top two point producers for each team against each other are the two captains. Michael Frei led the Generals against the Jaguars with seven goals and seven assists in six games. Kevin Nighbert led the Jaguars against the Generals with three goals and five assists in seven games. Both teams have many other players who can put up points, but it would be no surprise if these two players play an integral part in how this series pans out.