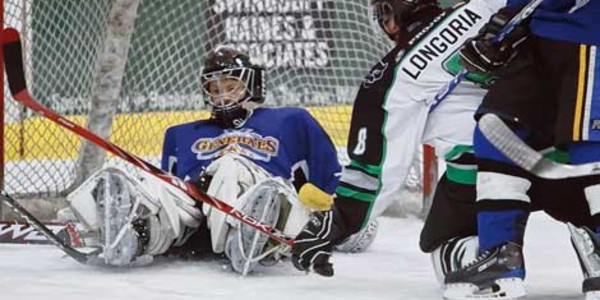 Beaverton, OR - The Eugene Generals were handed two resounding losses in Beaverton on Tuesday and Wednesday night as the third seeded Pacific Division River City Jaguars defeated the Generals 7-4 on Tuesday and 10-2 on Wednesday. That puts the Generals in a position to be swept out of the first round of the playoffs on Friday night, when the two teams meet again for Game 3 of the best of 5 series in Eugene.

"The team, our team, that won 38 games this season, isn't here. We have shown no discipline and have absolutely left behind what has lead to our success during the regular season," stated a frustrated Head Coach Jay Miller. "If we're going to regain momentum and pull out Game 3, we've got to go back to what we know how to do, what's worked. What we're doing now isn't working, obviously."

Game 3 against the Jaguars at Lane Events Center - Ice at 7:35 PM will be broadcast on GiTV. For more information on upcoming playoff games or GiTV please visit eugenegenerals.com.