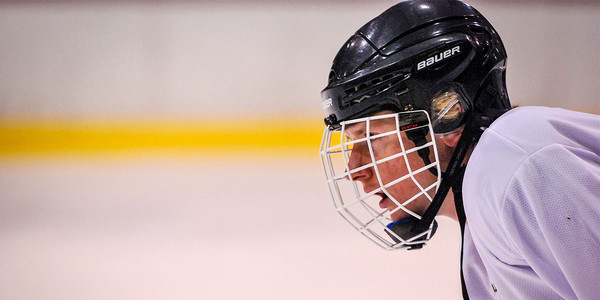 You see them on the ice, but what are they like off of the ice? Throughout the 2016-17 season, we'll invite you to #MeetTheGens by taking an in-depth look at the Eugene Generals roster one-by-one. Today, we introduce you to veteran Logan Sanders.

Logan Sanders, a native of Wasilla, Alaska, is returning for his second season with the Generals. Before playing with the Generals, Logan started his hockey career playing with the Alaska Jr. Avalanche, before moving on to Colony High School where he was a standout defenseman. After thriving at the youth and high school level, Sanders soon had the itch to take his game to the next level. Enter, the Eugene Generals.

After talking over options with his family, Logan's mother told him that if he wanted to play junior hockey, he better go ahead and make the jump before it became too late. Needless to say, Sanders has had zero regrets since then about making the jump to juniors and joining the Generals family, part of the reason why he's back for a second season in navy and gold. When Logan is not at the rink honing his craft, he can often still be found hanging out and spending time with fellow teammates. "I came back for the boys," says Sanders. "This is the closest team that I have ever been a part of. It just a bunch of brothers." 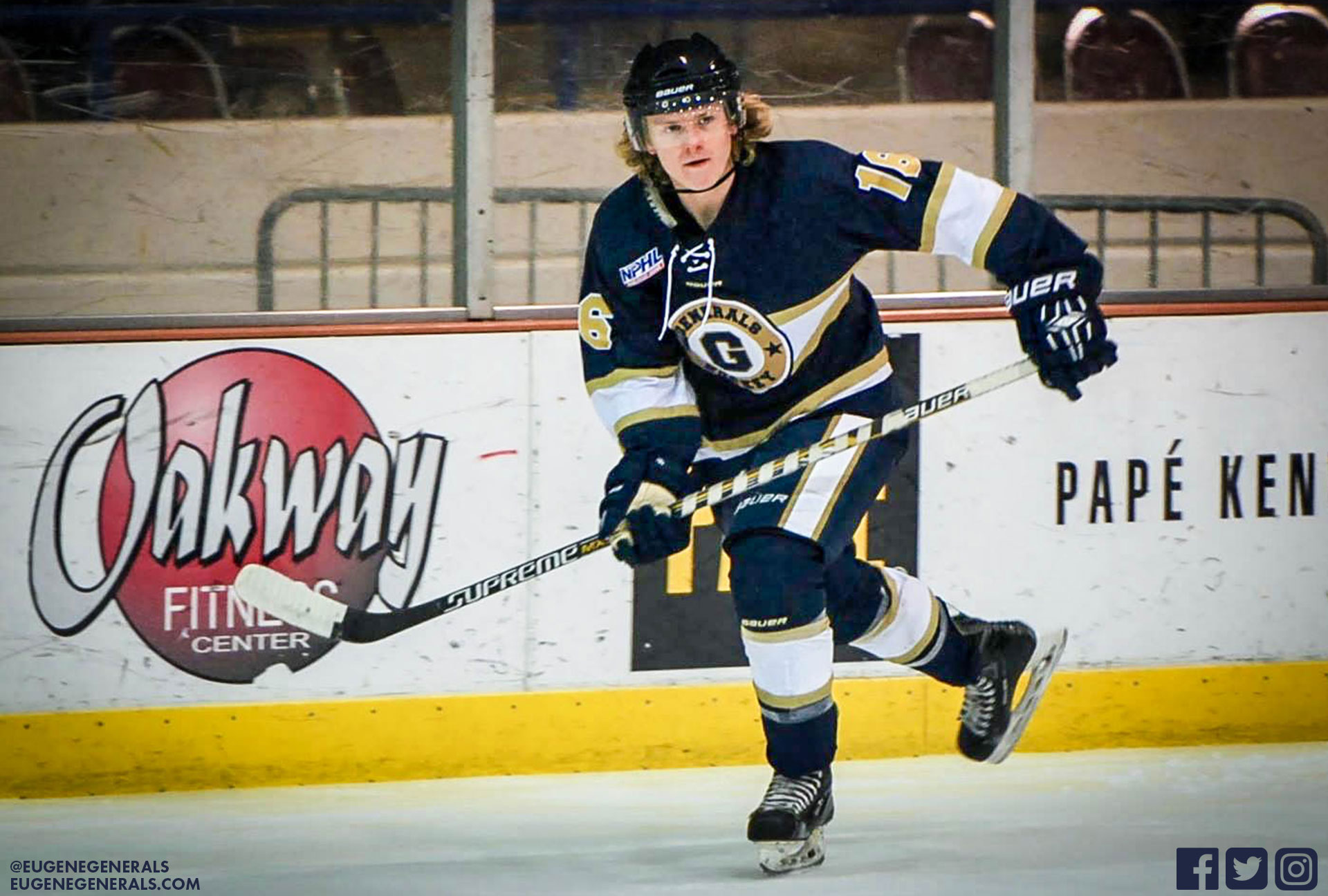 Sanders will aim to anchor the blue line while looking to take on a bigger leadership role in his second season.

In his first year with the Generals, Sanders saw some time at forward but primarily helped anchor the blue line while tallying 6 goals and 15 assists for 21 points in 40 regular season games. As he prepares for year number two, the young D-man couldn't help but buzz with excitement as he and the Generals prepare to play their first season in the United States Premier Hockey League.

The 2016-17 Eugene Generals season begins Friday, September 16th as the Generals host the Tri-City Outlaws for a two-game series at The Rink Exchange. Don't wait - purchase your tickets now at www.EugeneGenerals.com and remember to follow the Generals on Facebook, Twitter, and Instagram for updates and information throughout the season.